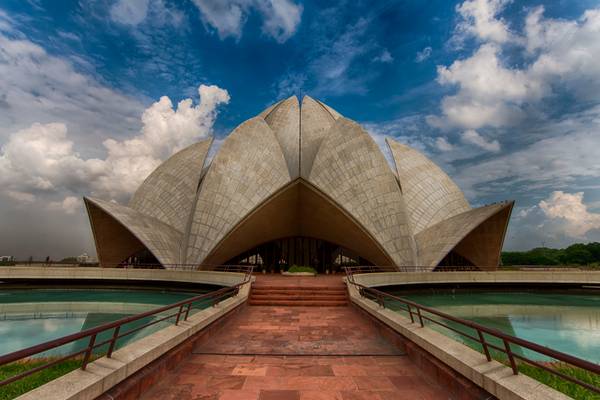 We shape our buildings; thereafter they shape us… by Sandeep Thomas

This is the Lotus temple, one of the landmark buildings of New Delhi, India. It is a Baha’i House of Worship completed in 1986. Notable for its flowerlike shape, it serves as the Mother Temple of the Indian subcontinent and has become a prominent attraction in the city. The Lotus Temple has won numerous architectural awards and been featured in hundreds of newspaper and magazine articles.

Like all other Baha’i Houses of Worship, the Lotus Temple is open to all regardless of religion, or any other distinction, as emphasized in Baha’i texts. The Baha’i laws emphasize that the spirit of the House of Worship be that it is a gathering place where people of all religions may worship God without denominational restrictions. The Baha’i laws also stipulate that only the holy scriptures of the Baha’i Faith and other religions can be read or chanted inside in any language; while readings and prayers can be set to music by choirs, no musical instruments can be played inside. Furthermore no sermons can be delivered, and there can be no ritualistic ceremonies practiced.

The architect was an Iranian, who now lives in Canada, named Fariborz Sahba. He was approached in 1976 to design it and later oversaw its construction. The structural design was undertaken by the UK firm Flint and Neill. The major part of the funds needed to buy this land was donated by Ardishír Rustampúr of Hyderabad, who gave his entire life savings for this purpose in 1953. A portion of construction budget was saved and used to build a greenhouse to study indigenous plants and flowers that would be appropriate for use on the site.

I first visited this temple in 2005 and was fascinated by both the faith and the incredible simplicity of this building and the rituals associated by them. Finally I had a chance to visit the building and get a shot without the tourists. 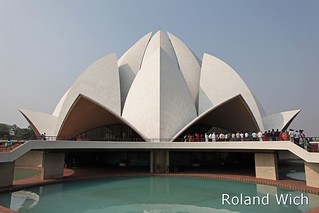 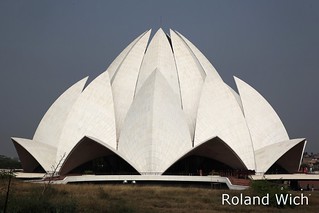 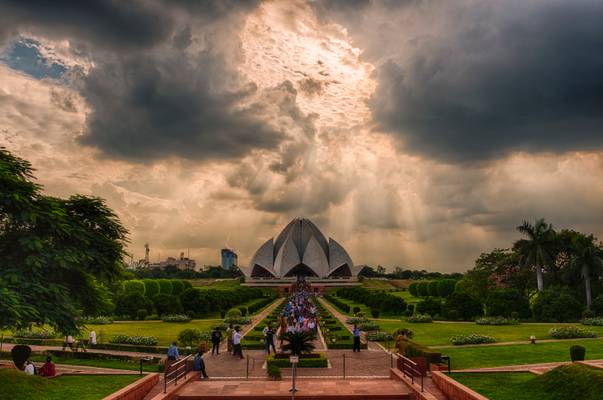 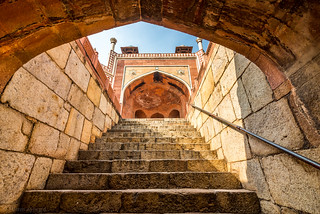 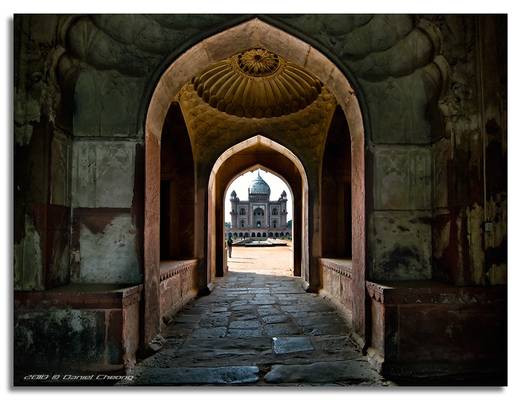 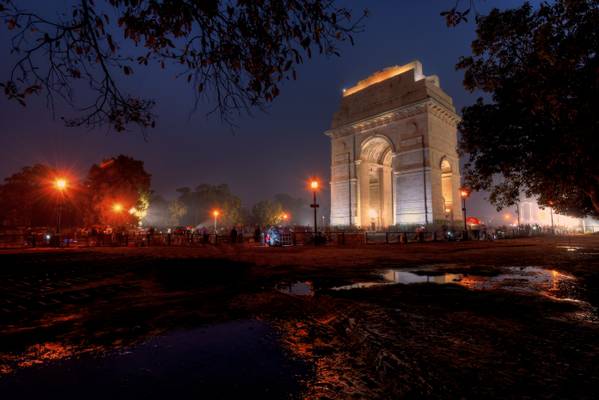