The Flatiron Building, originally the Fuller Building, is a triangular 22-story, 86.9 m tall steel-framed landmarked building located at 175 Fifth Avenue in the Flatiron District neighborhood of the borough of Manhattan, New York City. Upon completion in 1902, it was one of the tallest buildings in the city at 20 floors high and one of only two "skyscrapers" north of 14th Street. The building sits on a triangular block formed by Fifth Avenue, Broadway, and East 22nd Street. As with numerous other wedge-shaped buildings, the name "Flatiron" derives from its resemblance to a cast-iron clothes iron. (from Wikipedia) 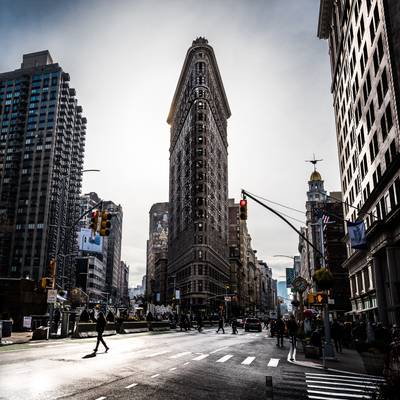 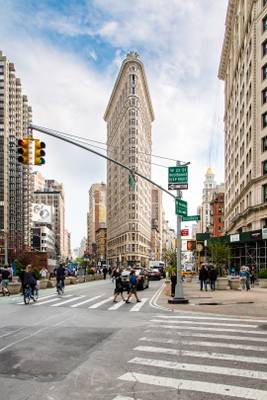 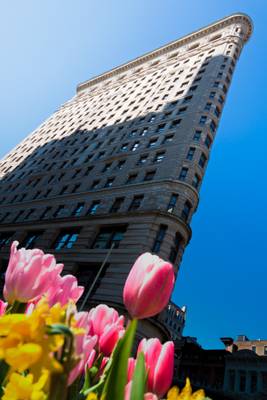 April, a nice walk in New York... I took many photos of the flat iron this morning... But this one was adviced me by my daughter, she told me "you should take these tulips as foreground", and I did so. And guess what... It's the best one of the series! :) Lens: Sigma 10-20 f/4-5.6 (click to see all my photos with this lens) 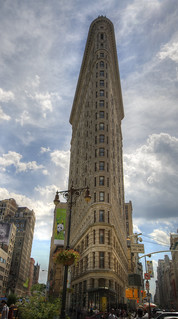 Look At The Size Of That Thing...

This was taken after me and my brother left the very crowded Empire State Building. We walked down 5th Avenue looking... 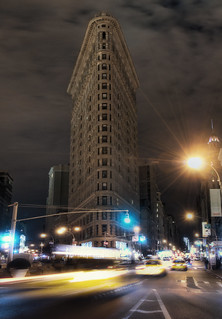 This is another shot of the FlatIron I took this in the evening after we had walked around the nearby park. I wanted... 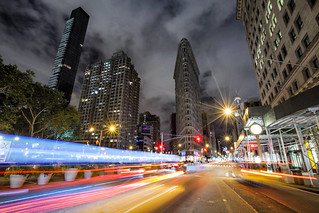 A frame from a long exposure time lapse of New York at night that I am working on. The Flatiron Building is in the central distance. 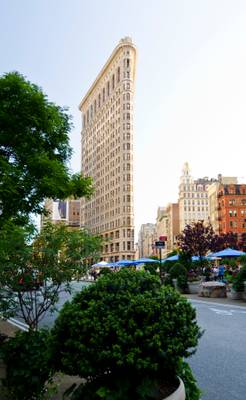 Dissent is the highest form of patriotism... by Sandeep Thomas 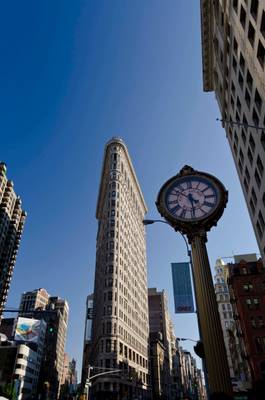 I am easily satisfied with the very best... by Sandeep Thomas

The flatiron building from in front of the fifth Ave Clock. As I went for my trip across Manhattan yesterday the weather was supposed to be nice and sunny with a lots of interesting clouds in the sky. But when I got out of my home in Brooklyn the sky was clear blue with nary a cloud in sight. So no interesting sky and lots of harsh lighting to deal with. Yay!!

But I went out anyway and visited most of the locations I had planned to visit and since this has been my fave NYC landmark (I like it even better than the Empire state building) I waited till evening before heading here hoping that the light will be better. Unfortunately this was not the case and the building iwas a challenge to photograph as the roads in this intersection are curved and tricky and the streets teaming with shoppers and tourists that it’s almost impossible to get a clear shot here. This was one of the better shots I took yesterday but I want to return here again with a more interesting view point and when the sky is a bit more interesting. 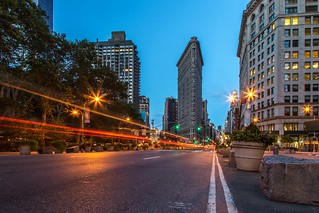 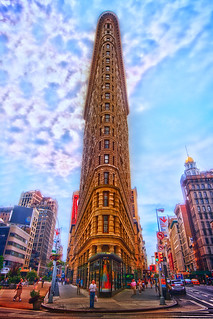 Flat as an Iron

The Flatiron Building, or Fuller Building, as it was originally called, is located at 175 Fifth Avenue in the borough of Manhattan, New York City and... 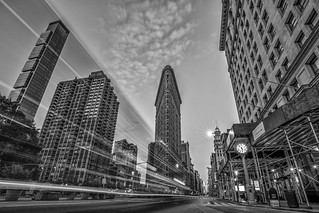 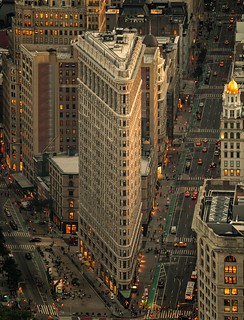 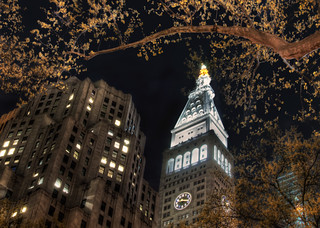 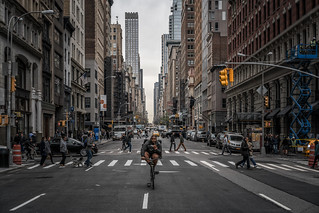 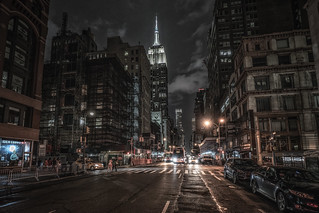 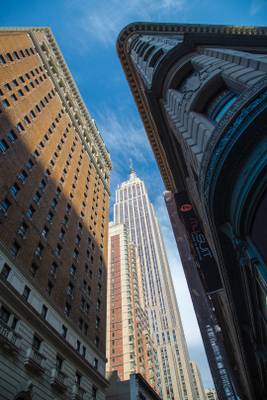 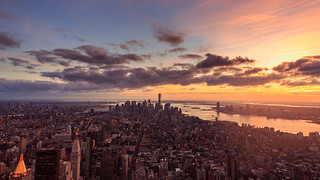 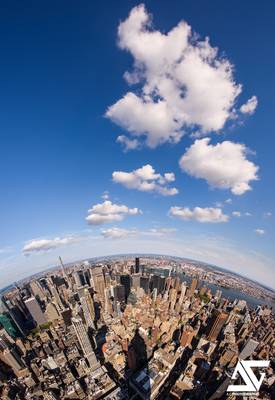 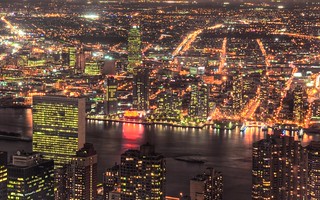 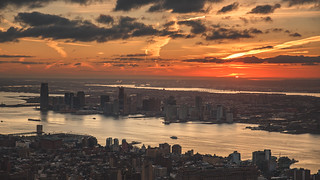 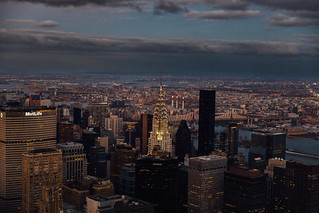 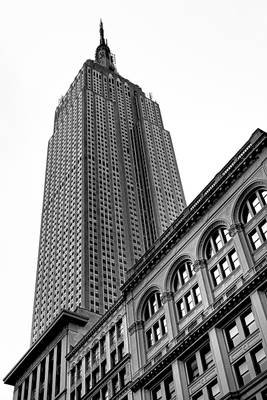 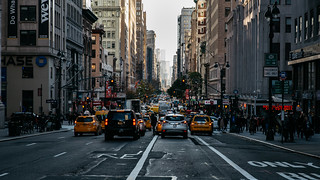 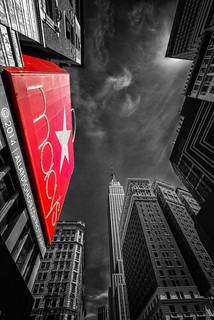 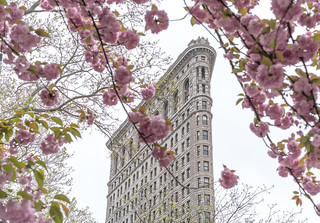 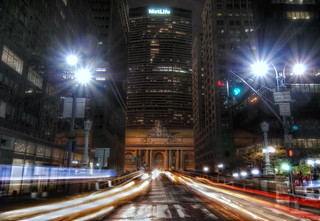 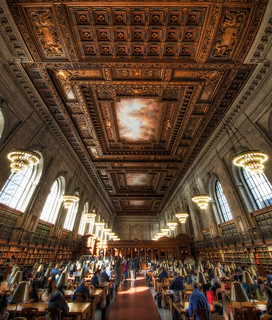 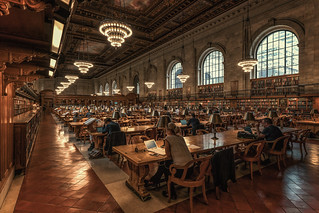 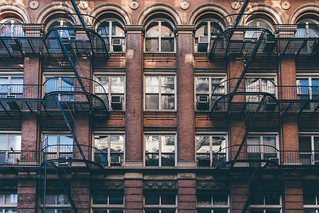 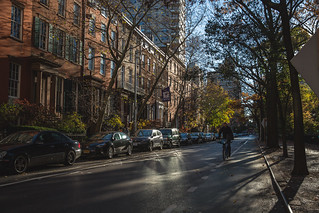 The Adventure of the Solitary Cyclist
1.4 km