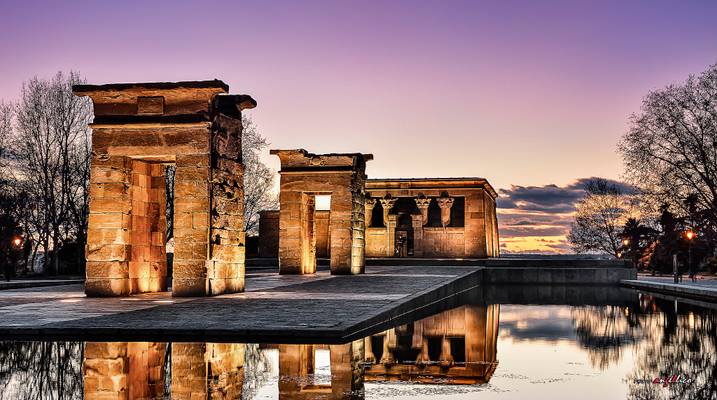 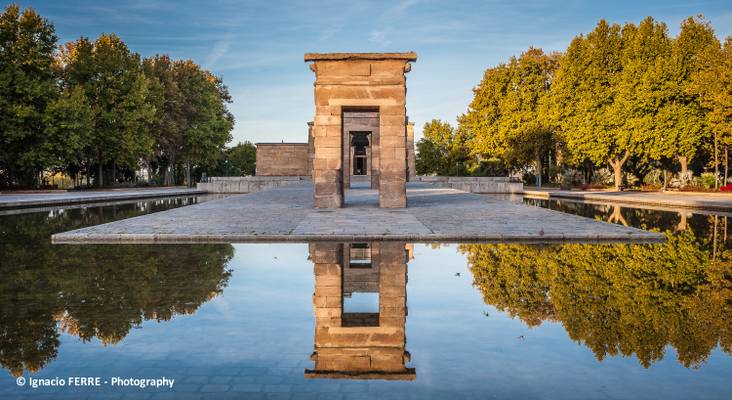 Front view of "Temple of Debod", an ancient Egyptian temple that was dismantled in the south of Aswan and rebuilt in Madrid, Spain in 1968. _IFP0863_Lr 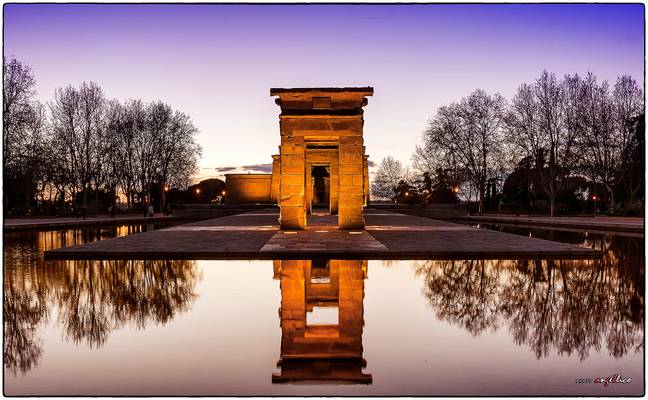 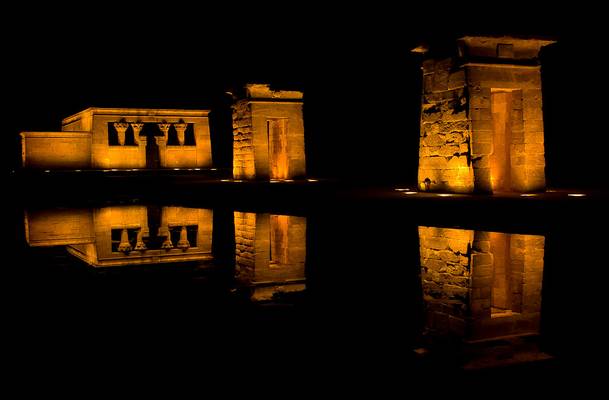 The temple was built originally 15 km south of Aswan[1] in southern Egypt very close to the first cataract of the Nile and to the great religious center dedicated to the goddess Isis, in Philae. In 1960, due to the construction of the Great Dam of Aswan and the consequent threat posed to several monuments and archeological sites, UNESCO made an international call to save this rich historical legacy. As a sign of gratitude for the help provided by Spain in saving the temples of Abu Simbel, the Egyptian state donated the temple of Debod to Spain in 1968. The temple was rebuilt in one of Madrid's parks, the Parque del Oeste, near the royal palace of Madrid, and opened to the public in 1972. 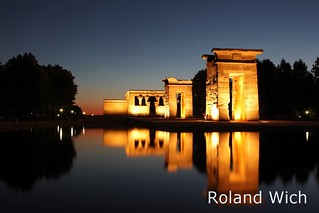 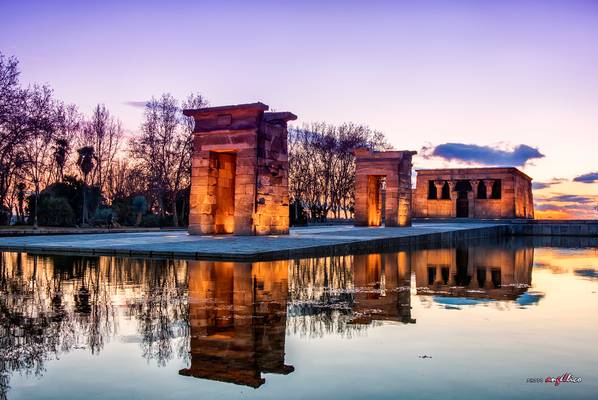 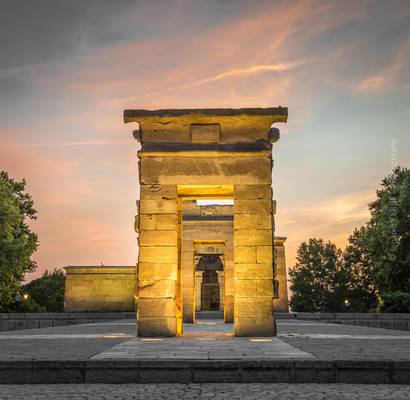 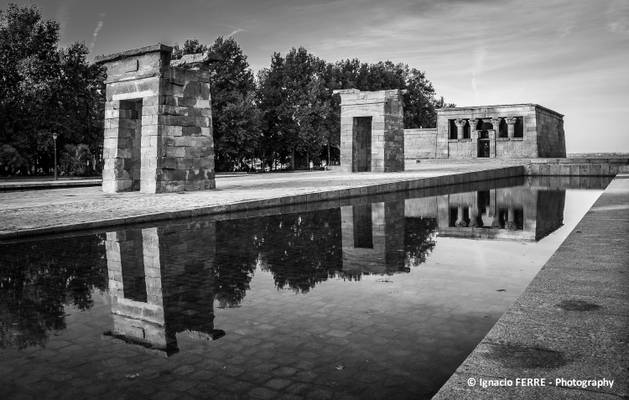 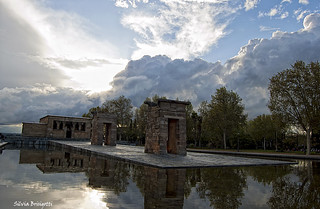