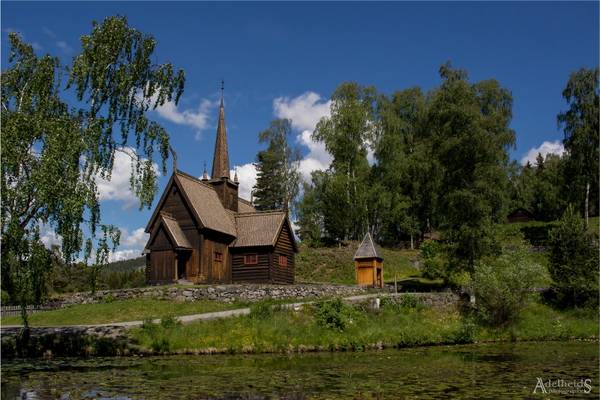 The Stave Church in the Open air Museum, Maihaugen, in Lillehammer, is originally from Garmo. It is one of the 28 remaining original stave churches in the country. The name stave church has to do with the construction. The heavy corner pillars are called "staves" and together with connecting horizontal beams they form the strong basis of the church. From there on, walls can be added, the tower and the outer passageway. Stave churches were built in the early parts of the 2nd millenium, after christianity was introduced to Norway. Perhaps there were over a thousand, but during the middle ages many succumbed to fire, or were simply torn down to make place for bigger churches.