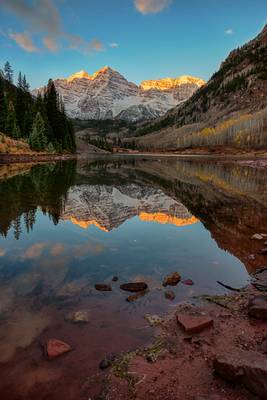 A poem begins as a lump in the throat, a sense of wrong, a homesickness, a lovesickness… by Sandeep Thomas

One of our favorite spots from all the trip we have had is right at the foot of the stunning Maroon Bells. The beauty of this place is hard to put into words and every time I look at the photos of the place, I am tempted to post them here. So here is another one of the shots I made at the beautiful Maroon Bells location from our last fall trip to Colorado. 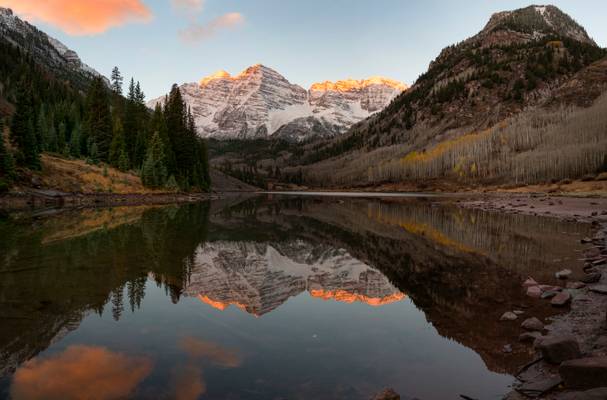 Maroon Bells, Colorado has to be one of the most stunning places on the planet. It was emotionally equivalent to seeing Yosemite's tunnel view on our first trip. With Yosemite, no matter how many times you have seen photos, it doesn’t really prepare you for the view which appears all of a sudden as you emerge out of the tunnel.

In the case of Maroon Bells, we got up here in total darkness so we could catch the first light on the mountains. As the twilight started light slowly crept in and the massive peaks emerged with crystal clear reflection on the Maroon Lake. Even after studying so many shots taken at this location it was still mind blowing. 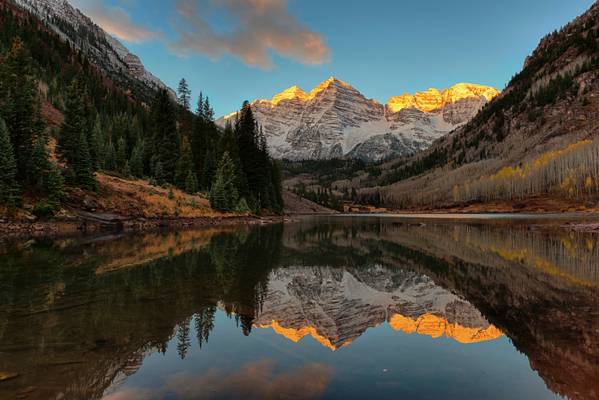 The pine stays green in winter, wisdom in hardship by Sandeep Thomas

After our stint at Ridgway, CO we moved onto our next stop which was in Aspen. And on our first day we went to the beautiful Maroon Bells view. We definitely were late for the season and only had a sliver of yellow let in the aspens but we got to see one of the most beautiful sunrises and got crystal clear reflection in the alpine lake.

In my brief time travelling I have found certain places that just stay with you and keep on beckoning you back to get that perfect shot which could very well happen if all the condition align. The moment I was here I knew that this was one of those places and I could see myself coming back again and again searching for that perfect shot. As for now I am pretty happy with my first attempt. 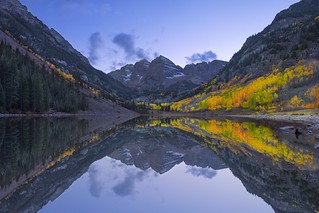 Long Exposure photography of the the lake at the Maroon Bells 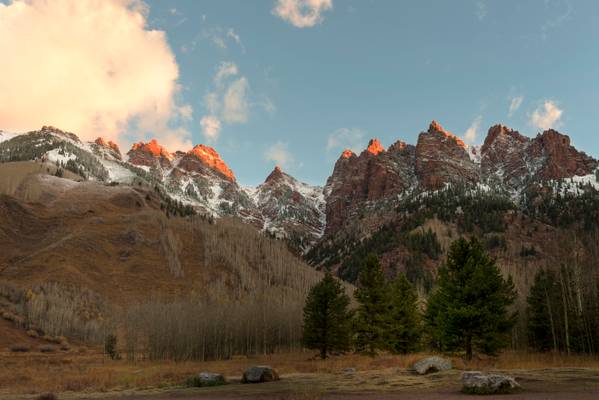 The mountain peaks in this photo are part of the marron Bells Wilderness near Aspen, CO. They are located directly behind one of the most popular scenic views in the continent, that of the Maroon Bells with the lake in front. Due to my obsessive planning, we were one of the first people to be at the spot at about 3 hours before sunrise and once set up camera and tripod had enough time to wander around looking for other shots.

Once the sun started rising I noticed that the mountains behind us were getting lit up perfectly and decided to the point my camera at them and snap a few quick shots. I couldn’t spend too much time shooting them as the Maroon Bells started getting light soon after and all our attention was robbed away by that grandiose scene. 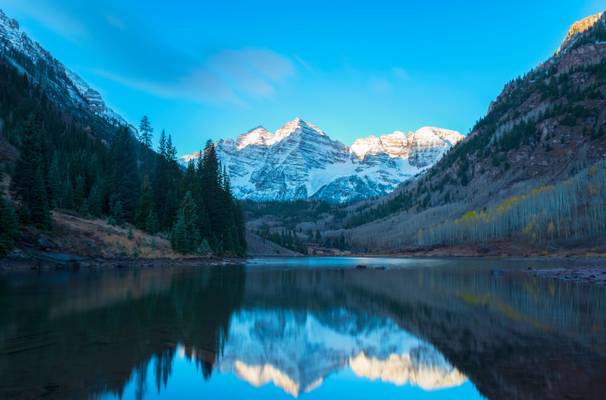 Hope smiles from the threshold of the year to come, whispering, 'It will be happier.' by Sandeep Thomas

2019 is officially over, its been a year without any photo trips. But it was also the year that bought some significant life changes; we became parents to an adorable baby daughter, new job, another cross country move, and finally being homeowners. It was a hard grind, especially for my wife, who came close to losing her life during delivery and had to move away from her beloved Santa Monica, leaving all her friends and family. So it was an eventful year, and we are thankful at the end of the year.

I also want to thank everyone who visited my Flickr stream/website/ Instagram, commented, liked, or emailed me about the images. You guys helped me tremendously in my growth as a photog and as a person. And I want to offer thanks from the bottom of my heart.

Now a bit about today's image. The spot by the lakeshore is usually in high demand, and we had to wake up at 4 am to stake our claim. We had to wait patiently for the sunlight to break through the mountain peaks and lit the summit of the Maroon Bells. The weather can be described as frosty at best, but when the light started to appear, it transformed an already stellar view into something that's difficult to describe in words. 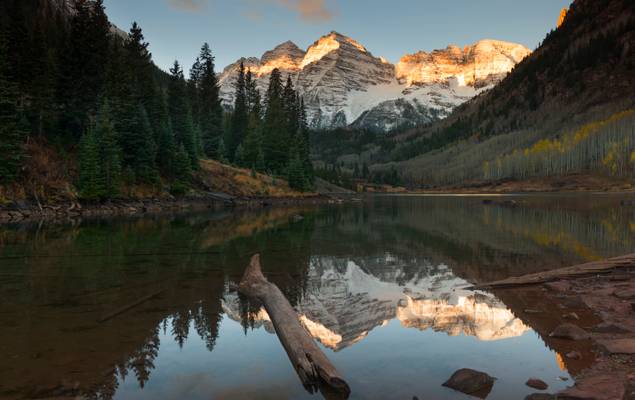 It is written on the arched sky; it looks out from every star. It is the poetry of Nature; it is that which uplifts the spirit within us… by Sandeep Thomas

Another shot I took at the stunning maroon bells view point at Aspen, CO. This shot was made from a short hike to the left from the main viewpoint. There are some fallen trees here along with a very muddy coastline. So not many people ventured here, plus we had almost perfectly still water and gorgeous color that morning so I think most photogs were really content with what they got.

So I decided to ignore my wife’s cold weather protests and decided to see if I could get a better angle from here. The sun had risen up a bit so the light was strong but I was still getting some colors in the mountain tips. 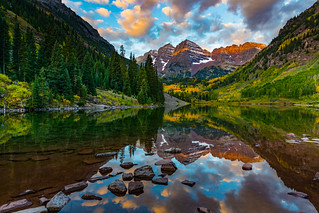 First time it was an overcast day. Second time the road was closed. Now the third time, all stars; nope the sun is aligned. It was wonderful watching...

I learn something every time I go into the mountains…
1.4 km 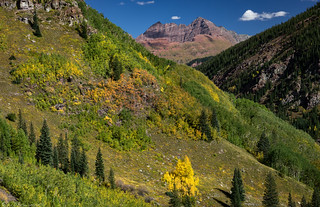 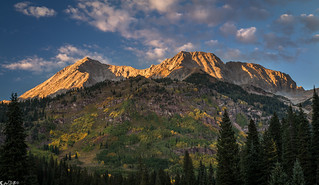 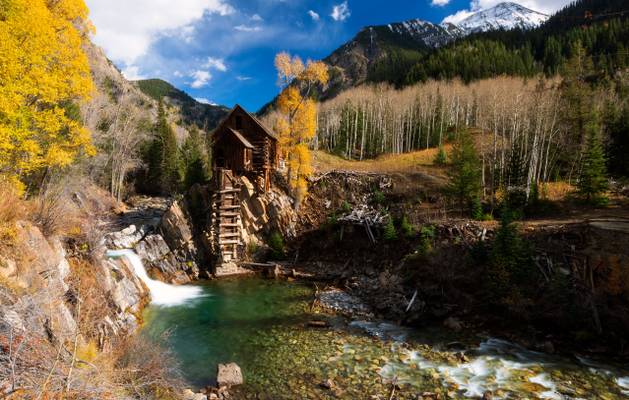 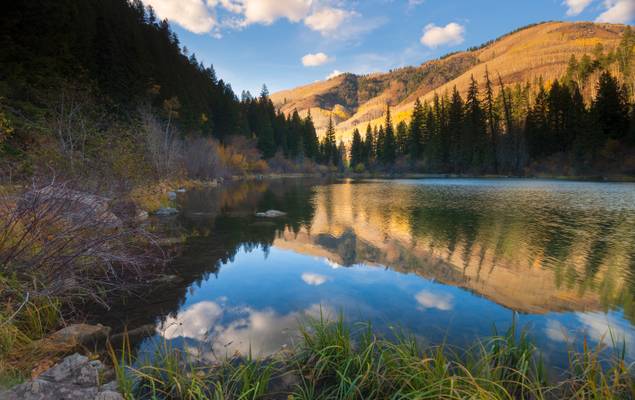 Leave it as it is. The ages have been at work on it and man can only mar it…
18 km 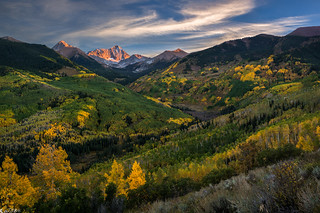 Nothing Gold Can Stay
19 km 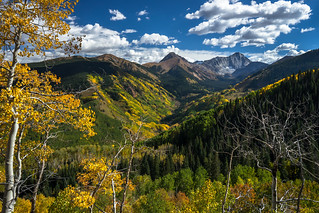 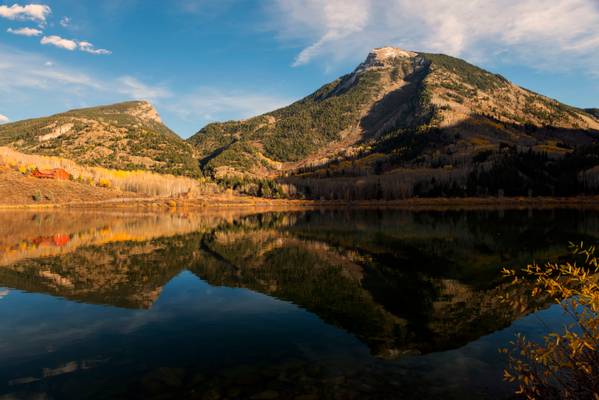 Eagles come in all shapes and sizes, but you will recognize them chiefly by their attitudes...
21 km 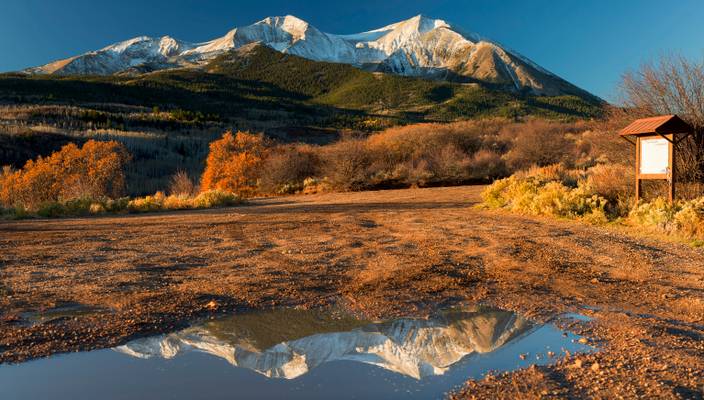 The head never rules the heart, but just becomes its partner in crime...
30 km 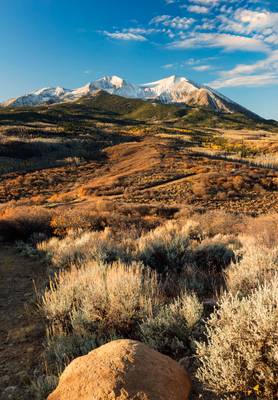 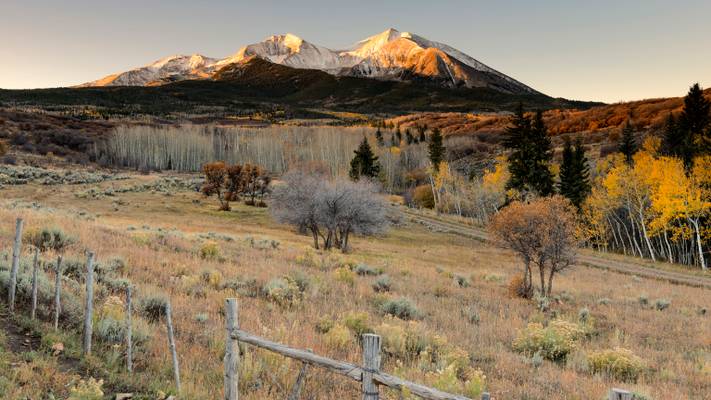 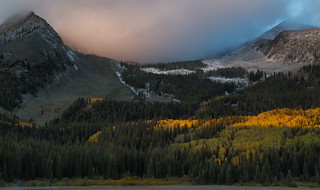