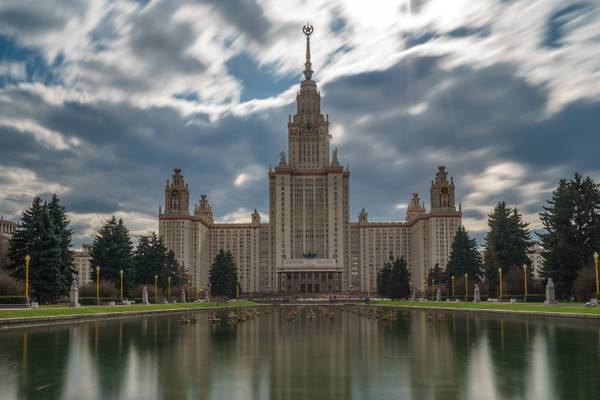 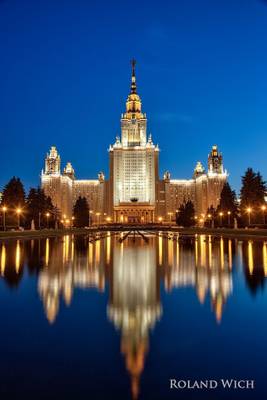 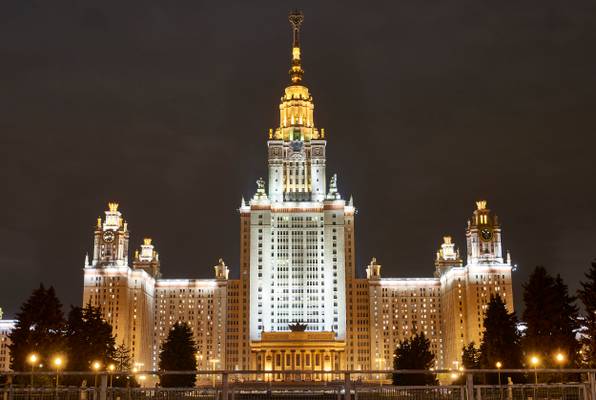 "The Seven Sisters are a group of seven skyscrapers in Moscow designed in the Stalinist style. The term "Seven Sisters" is neither used nor understood by the local population; Muscovites call them Vysotki or Stalinskie Vysotki (Russian: Сталинские высотки), meaning "(Stalin's) high-rises" (or "Stalinist skyscrapers"). They were built from 1947 to 1953,[1] in an elaborate combination of Russian Baroque and Gothic styles.[2] [not in citation given]

The seven are: Hotel Ukraina, Kotelnicheskaya Embankment Apartments, the Kudrinskaya Square Building, the Hilton Moscow Leningradskaya Hotel, the Ministry of Foreign Affairs main building, the main building of the Moscow State University, and the Red Gates Administrative Building. There were two more skyscrapers in the same style that were never built: the Zaryadye Administrative Building and the Palace of the Soviets." From Wikipedia 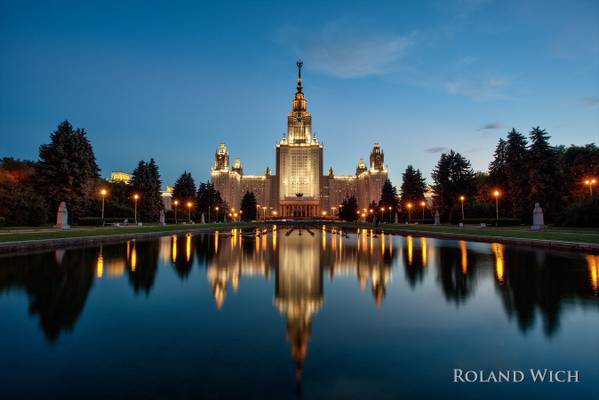