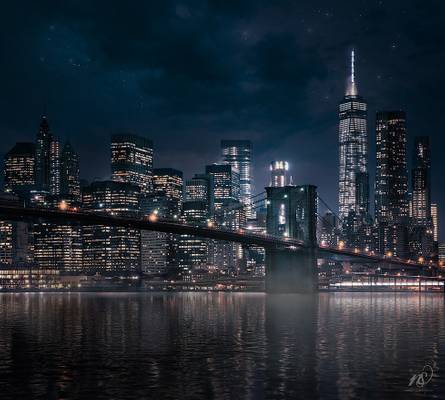 THE GAP by Nenad Spasojevic

What is your favorite skyline that you like to shoot? For todays post I went few months back in my archives and decided to post this NYC skyline shot from the Brooklyn side. It was very cold but very beautiful evening that day. I must say that I wasn't feeling very comfortable shooting but I did it anyway! What do you think? 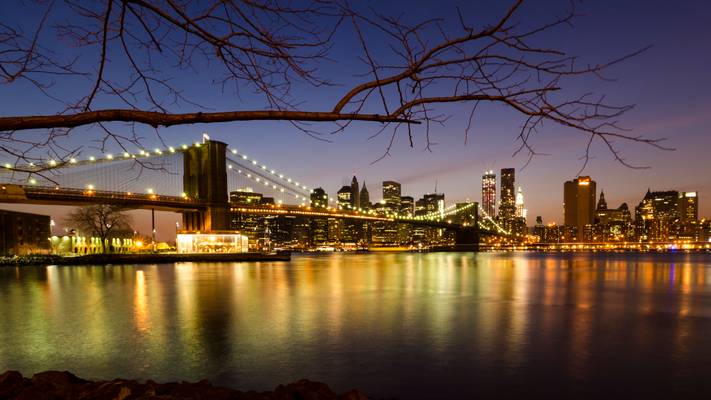 Love all, trust a few, do wrong to none… by Sandeep Thomas

Another old shot which escaped my initial review. This one is of the lower Manhattan skyline from Brooklyn. This shot was taken just after sunset with some of the twilight glow still on the sky.

I get nostalgic sometimes about my old life at New York and the fact that I didn’t really had a whole lot of time to explore this amazing city. Only a few people are lucky enough to live there and have the free time to explore the city, I used to be so tired after work that I simply didn’t had any energy to get my camera out. Hopefully I could return here once again and spend some proper time in the city. 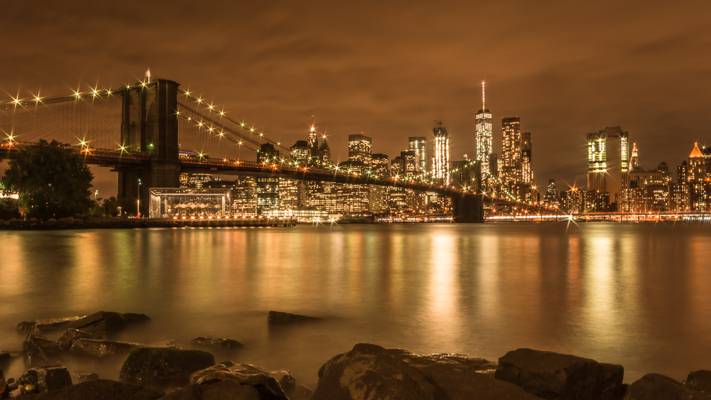 Brooklyn bridge from DUMBO (Down under the Manhattan Bridge Overpass). 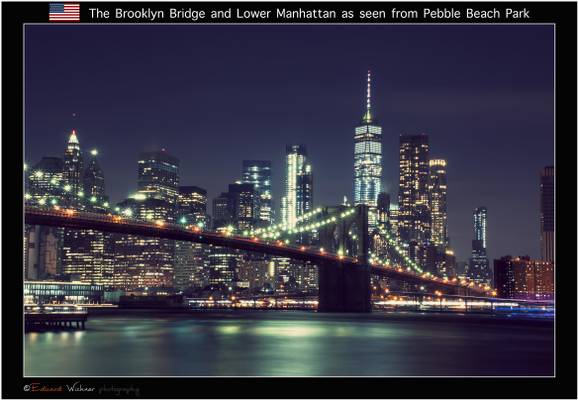 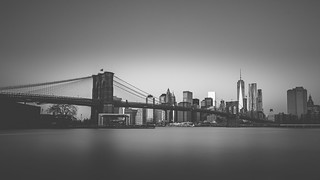 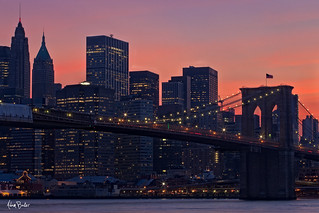 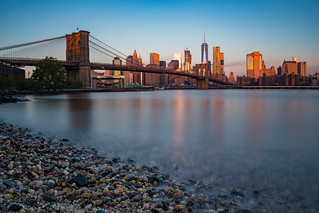 I went to Pebble Beach to shoot Hunter's moon Sunday morning. The moon was super but not my photograph. So waited few more minutes for the sun to... 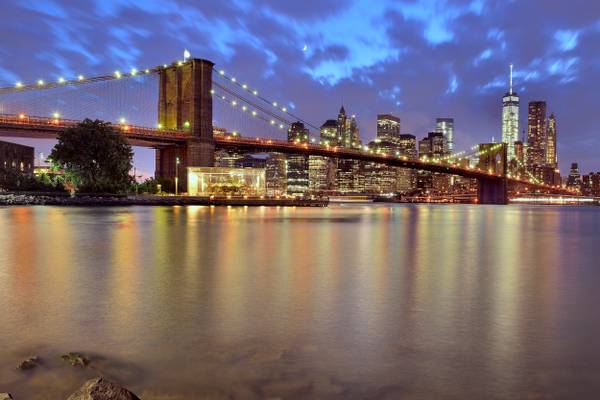 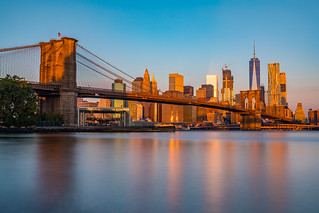 Brooklyn Bridge and Downtown Manhattan with morning glow during sunrise. 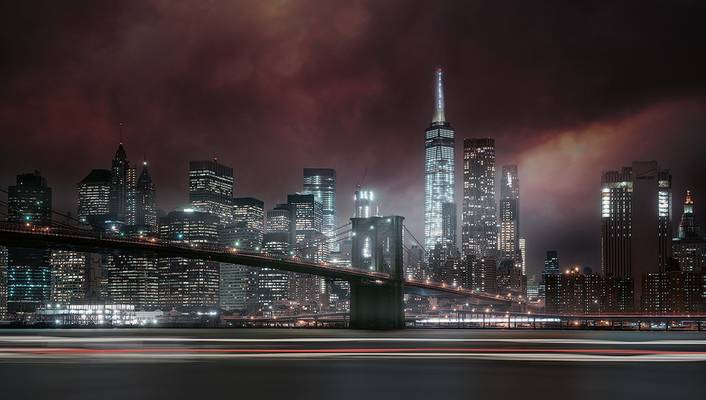 AT THE CROSSROAD by Nenad Spasojevic

“What if you were wrong? What if everything you ever believed was a lie? What if you missed your opportunity because you didn't know your worth? What if you settled on familiar, but God was trying to give you something better? What if you decided not to go backwards, but forward? What if doing what you have never done before was the answer to everything that didn't make sense? What if the answer wasn't to be found in words, but in action? What if you found the courage to do what you really wanted to do and doing it changed your whole life?” 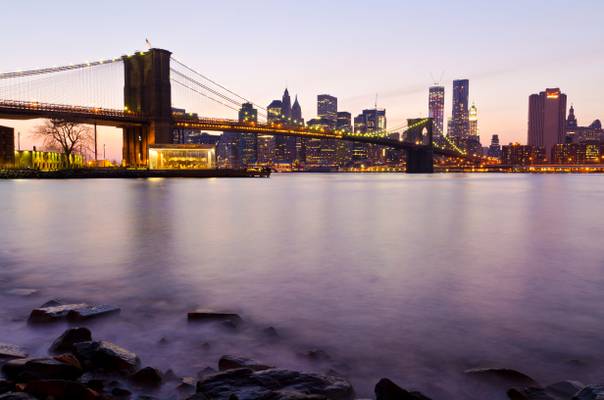 I would rather be the man who bought the Brooklyn Bridge than the man who sold it... by Sandeep Thomas

It was bound to happen sooner or later, my love for Bridges combined withe fact that now live just minutes from one of the most iconic bridge in the world. I finally got around to spend a a wonderful evening shooting the great Brooklyn Bridge.

Its early spring in New York and the weather is getting really nice so decided to brave the slight chill and venture to the waterfront. As expected there were a lot of photographers and even couple of wedding shoots going on. I wanted to get the waves as a foreground interest and the new 12-24 f4 was excellent in giving the wide angle view and I used a lee 0.9 ND filter to slow down the exposure a bit.

This was also the first time I went to shoot with the 12-24 Nikkor and all I have to say is wow. The lens is almost unbelievably sharp and at f11 I don't think you need any more resolution once you combine it with the D7000. I have couple of gripes with the lens though. First the focus scale is extremely small, I hope Nikon realizes that this is a wide-angle lens lens with a lot of photographers needs to set the hyper-focal distance. That's not possible most of the time as the lens has very few distance markings. Second is not really a complaint but a warning that you will need the lens hood almost anytime you have a light source near the frame.

Hope you all enjoy the capture more shots to follow.... Thanks for the comments and faves!! 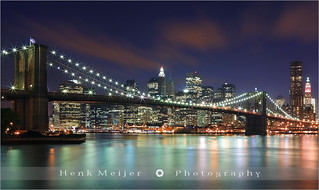 The classic pov from Brooklyn to the Brooklyn Bridge with the view to Manhattan. After a big thunderstorm the sky cleared during the blue hour and... 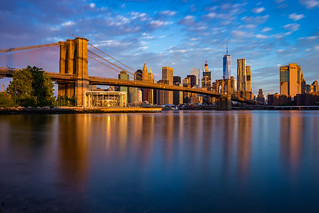 Sun-soaked Brooklyn Bridge right after Sunrise. Not really what i expected. Reflections are not that good with strong water current in East River.