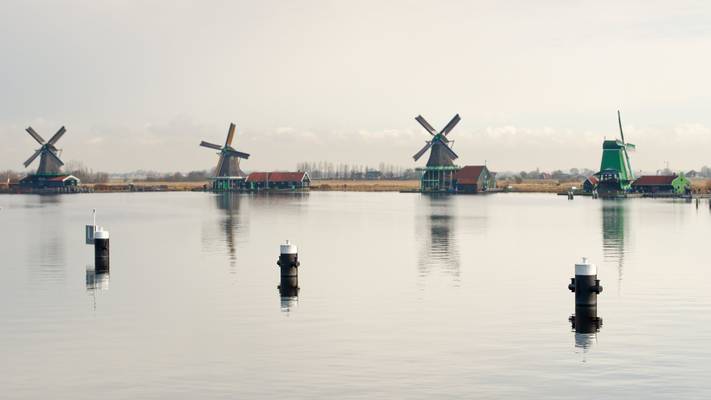 Zaanse Schans, near Zaandam, The Netherlands. 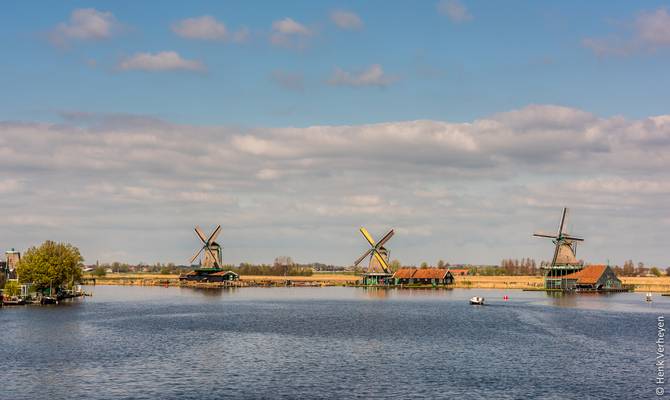 Zaanse Schans is a neighbourhood of Zaandam, near Zaandijk and Amsterdam in the Netherlands. It has a collection of well-preserved historic windmills and houses. From 1961 to 1974 old buildings from all over the Zaanstreek (NL) were relocated using lowboy trailers to the area. The Zaanse Schans is one of the popular tourist attractions of the Netherlands and an anchor point of ERIH, the European Route of Industrial Heritage. The neighbourhood attracted approximately 1.6 million visitors in 2014.