Dyrhólaey (Icelandic for door hill island), formerly known by seamen as Cape Portland, is a small promonotory located on the south coast of Iceland, not far from the village Vík. It was formerly an island of volcanic origin, which is also known by the Icelandic word eyja meaning island. The peninsula has an elevation of 120 meters and the Dyrhólaey Lighthouse sits at the top of the formation facing the sea.

The view from Dyrhólaey is broad: To the north is to be seen the big glacier Mýrdalsjökull. To the east, the black lava columns of the Reynisdrangar come out of the sea, and to the west the whole coastline in the direction of Selfoss is visible – depending on weather conditions. In front of the peninsula, there is a gigantic black arch of lava standing in the sea, which gave the peninsula its name.

In the summertime, many Atlantic puffins can be found nesting on the cliff faces of Dyrhólaey. (from Wikipedia) 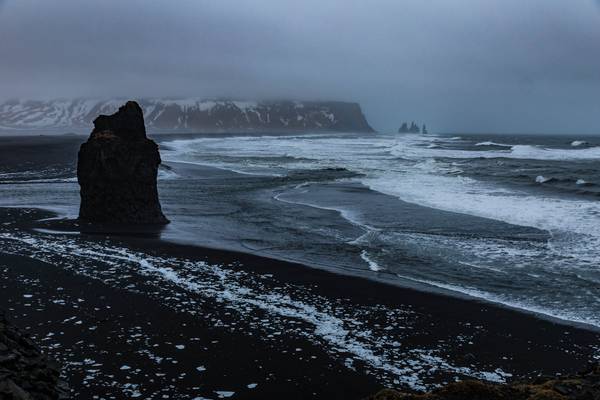 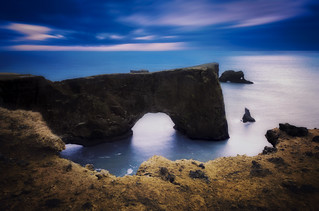 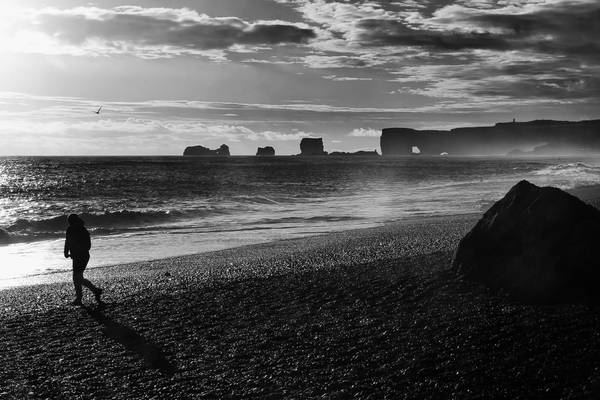 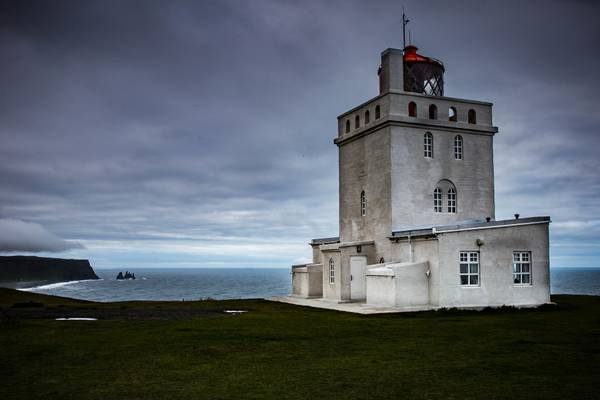 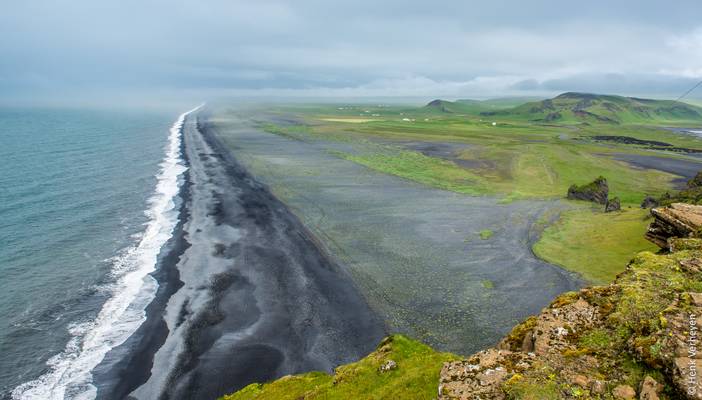 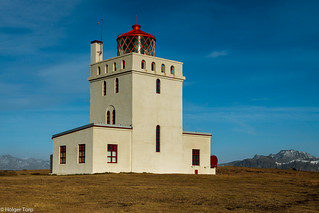