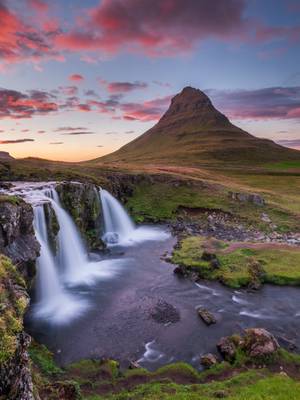 Kirkjufell (Icelandic: Church Mountain) is a 463 m high mountain on the north coast of Iceland's Snæfellsnes peninsula, near the town of Grundarfjörður. It is claimed to be the most photographed mountain in the country. Kirkjufell was one of the filming locations for Game of Thrones season 6 and 7, featuring as the "arrowhead mountain" that the Hound and the company north of the Wall see when capturing a wight. (source: Wikipedia)

The distinct shape of the mountain (resembling a church) make it a very good target for photographs. It works great as a background for photographs of the nearby Kirkjufellsfoss waterfall, which is definitely the place from where it's photographed most often. That said, this by far isn't the only great composition, as it looks great also with reflections in the nearby fjord (Grundarfjörður) or just alone. 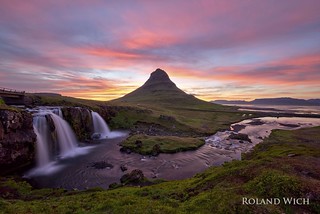 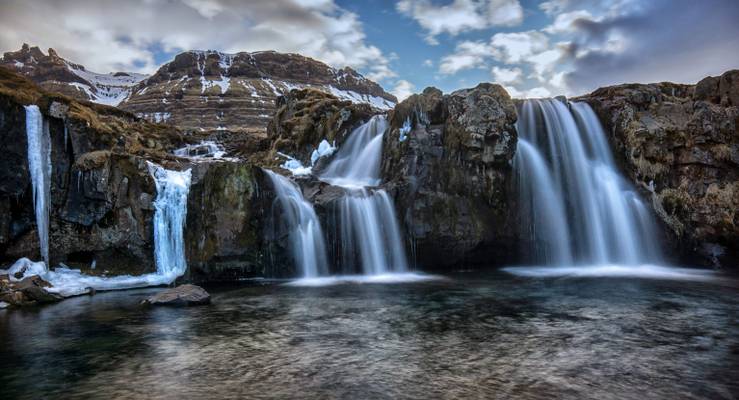 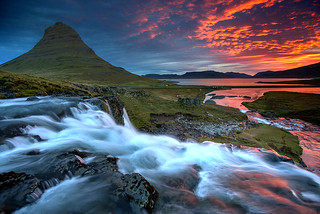 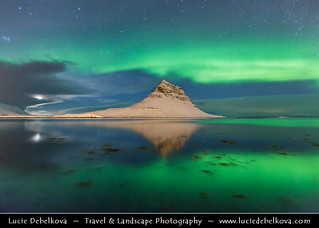 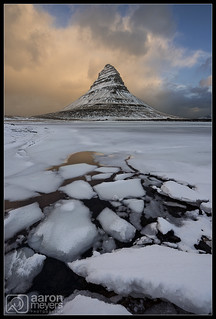