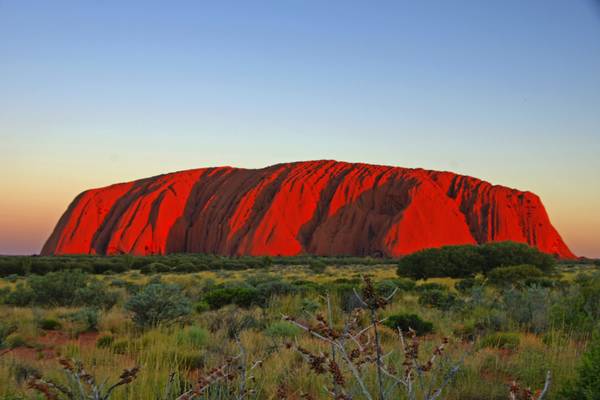 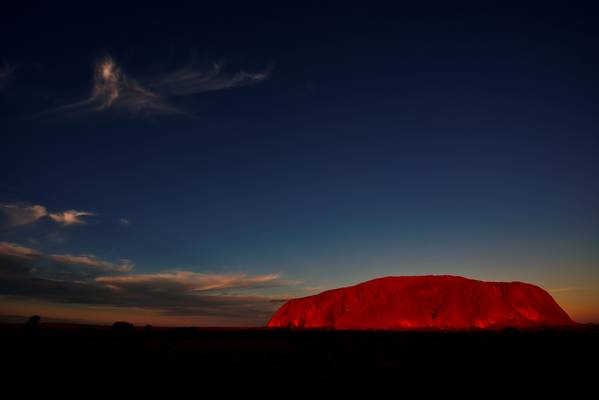 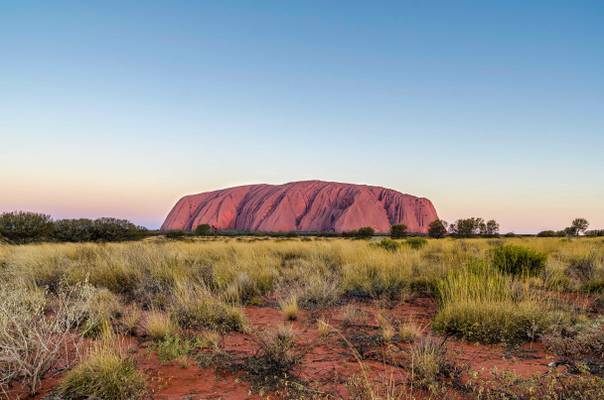 ... iconic rock in the center of Australia 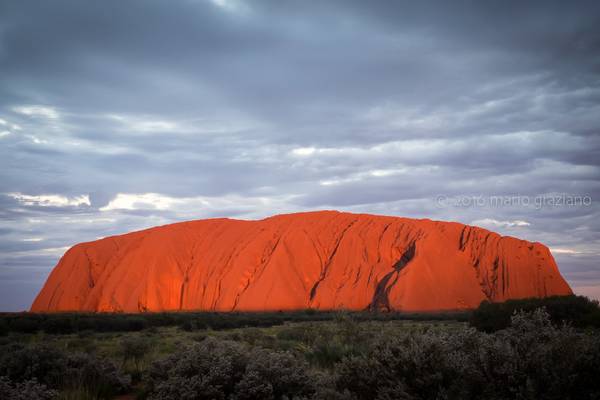 I was really lucky here. I had only one sunset in Petermann, Northern Territory (Australia) and it was very cloudy everywhere except for a very thin... 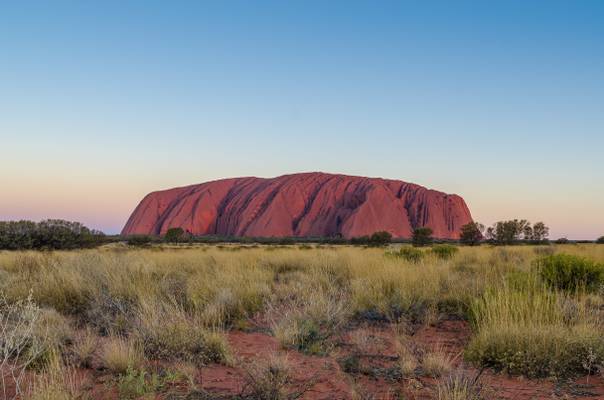 Ayer's Rock changes colour every evening during the "golden hour".... 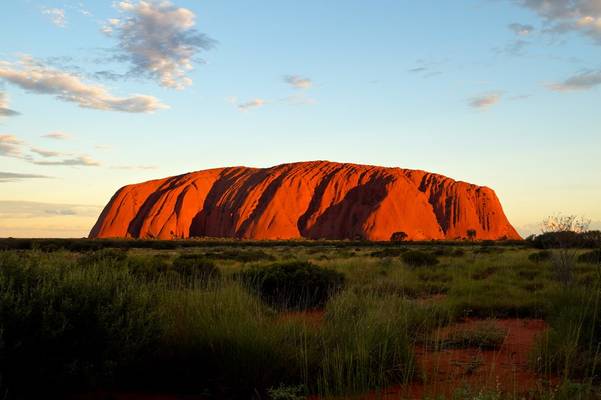 Uluru / Ayer's rock is a large sandstone rock formation in the southern part of the Northern Territory in central Australia. Uluru is sacred to the Pitjantjatjara Anangu, the Aboriginal people of the area. The area around the formation is home to an abundance of springs, waterholes, rock caves and ancient paintings. Uluru is listed as a UNESCO World Heritage Site. Uluru and Kata Tjuta, also known as the Olgas, are the two major features of the Uluṟu-Kata Tjuṯa National Park (Wikipedia). 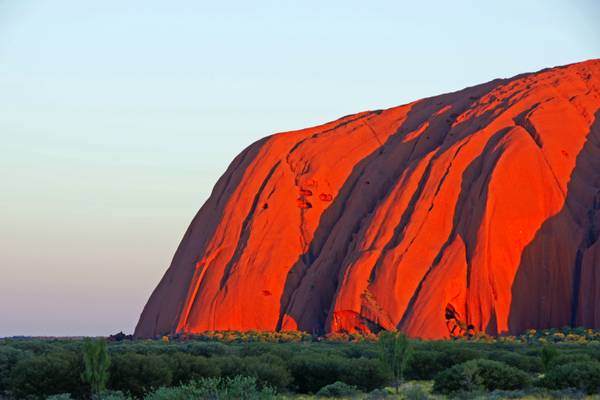 Red wall of Uluru at sunset by Andrey Sulitskiy 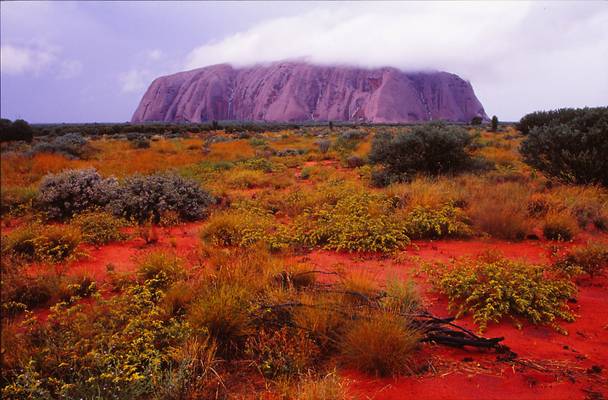 Ayers Rock (Uluru) on a rainy morning. Original on Kodachrome 64 2002