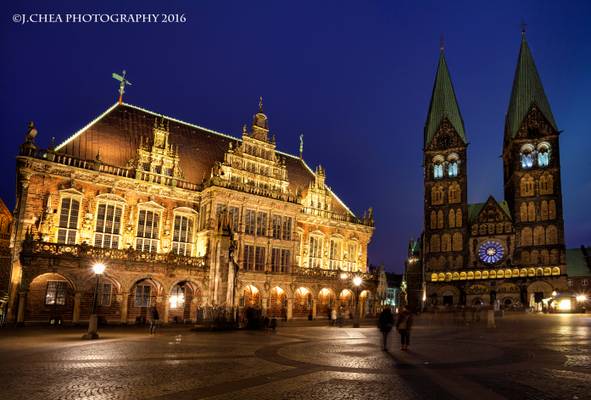 Being my last day in Germany, I thought it was symbolic to post an image from day trip to the city of Bremen. It was a good three months living in a foreign country without speaking their language. I did not face as much difficulty as I anticipated. Many Germans, especially the younger generation are also proficient in English and are willing to lend a helping hand when needed.

Bremen is a city and a state in the North of Germany and was one of the busiest ports in Germany. Difficult to believe as it as relatively far inland. It is still a proud member of the Hanseatic League. Retired ship captains and their family were given free accommodation and welfare if they decide to settle in Bremen, supported by the generous donations from the local population.

Bremen MarketPlatz houses its Rathaus, St Patrick's Cathedral, Rolan Statue facing the Cathedral, in defiance of the Catholic Chruch, Bremen state parliament and Chamber of Commerce. Fortunately, the Rathaus, Roland Statue and Cathedral remained relatively undamaged during World War 2 when Allied bombers wrecked havoc through most of the city. The locals disguised the Roland Statue and the Rathaus to conceal their identity from the bombers. The Chamber of Commerce had to undergo reconstruction after the war, like many major German cities. Its just a shame to see so many significant historical building and monuments destroyed during the war. 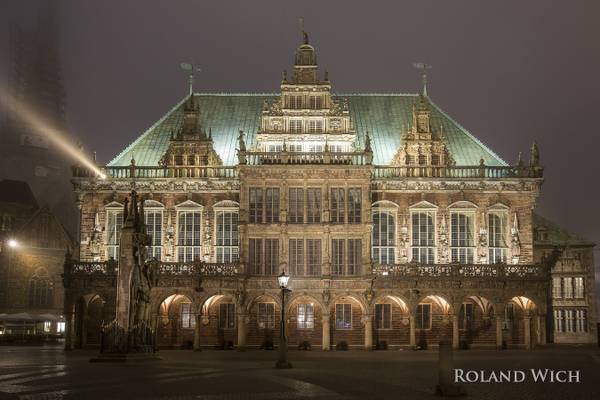