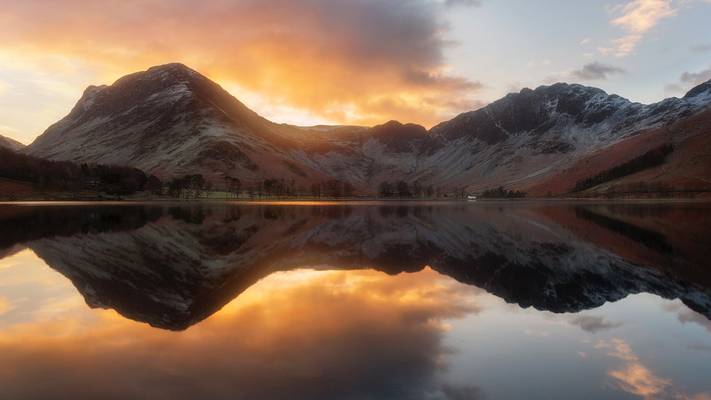 Firstly a very Merry Christmas to all my Flickr friends and contacts, it's been a great year and your support has been very much appreciated throughout 2017, I hope you all have a great Christmas !

Staying for a few nights in nearby Borrowdale this location was probably always going to get done again at some point for sunrise and so it transpired on the first morning, the difficulty was the weather as loads of roads had been shut the previous evening due to ice and snow and the drive here meant going via the rather steep Honister Pass.... as I set off to here in decent time in the dark (no hotel toaster issues this morning...) it didn't seem too bad, until you actually got onto the open moorland section before the pass (which hadn't been gritted), which resulted in 5mph and sliding all over the place.. thankfully that cleared and the pass had been gritted but you still needed to drive at the speed of a milk float to stop the car ending up down a ravine...

Arriving safely it was still pretty dark by the time I got down to the shoreline, the moon still being out over Red Pike which was gorgeous, I had one more local photographer for company and we had a bit of a chat while I was getting set up (good to meet you)

Some nice light finally arrived after a (very) brief burst of pre dawn pink that looked like it was about to go crazy then instantly vanished as soon as it had came, always happens to me that!

Had about 2 hours down here and had to leave as my feet were frozen, this was shortly before leaving with the sun just cresting above the flanks of Fleetwith Pike and starting to hit the lake below and the line of Pine Trees, creeping across the sky from left to right giving this curious image of almost 2 halves, by the time I'd walked back to the car on the icy path it was too bright to shoot towards the sun and the lake was covered in ripples.

Definitely time for a coffee or 3 by a hot radiator :-) 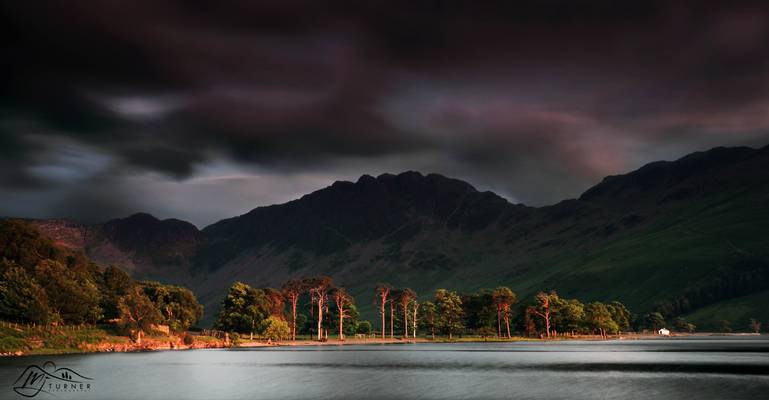 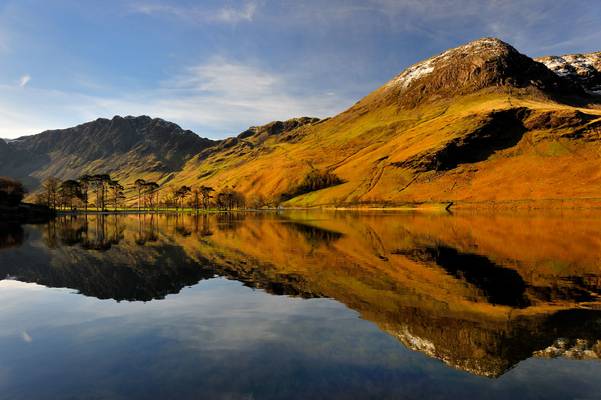 Explore #2 06/04/2017 ... many thanks to everyone for your interest, feedback, faves and comments, it's very much appreciated 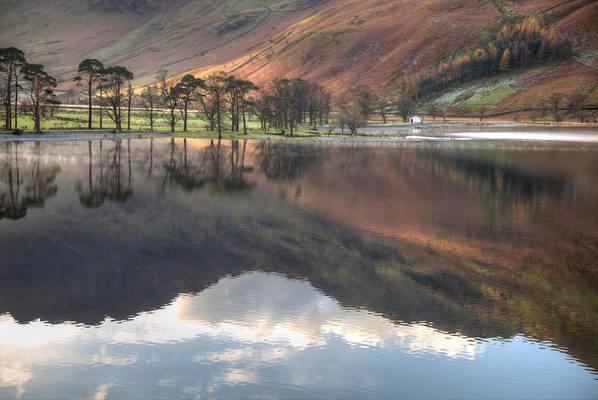 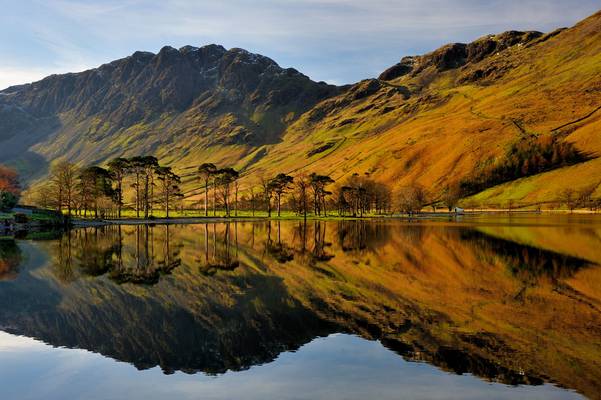 The Buttermere sentinels - The Buttermere pines, aka the 'Sentinels', backlit by the early morning light against the impressive backdrop of Haystacks... 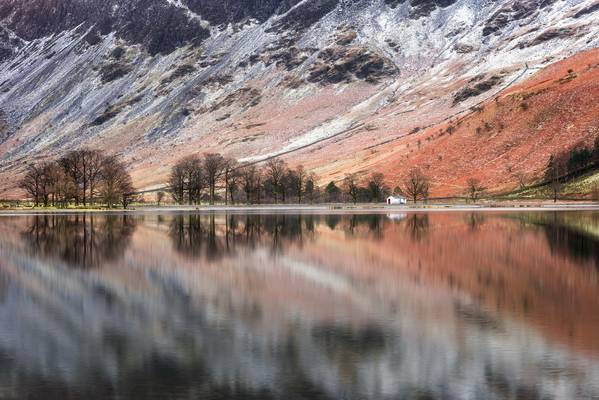 One from my last trip up to the lakes before Christmas, it had been snowing on and off so I wanted a go at this image with the snow coming down the slopes of the Mountains to the rear, initially I was a bit miffed as there wssn't as much snow I would have liked, but standing theere looking at the fact thewre was less also allows the lonely fishing hut to stand out far more against the background with the colours on the mountainside being able to come through as well.

The lonely little fishing hut is completely dwarfed by it's surroundings, it must be a great place to get away from it all, I'm no fisherman but if I was I'd be heading here. 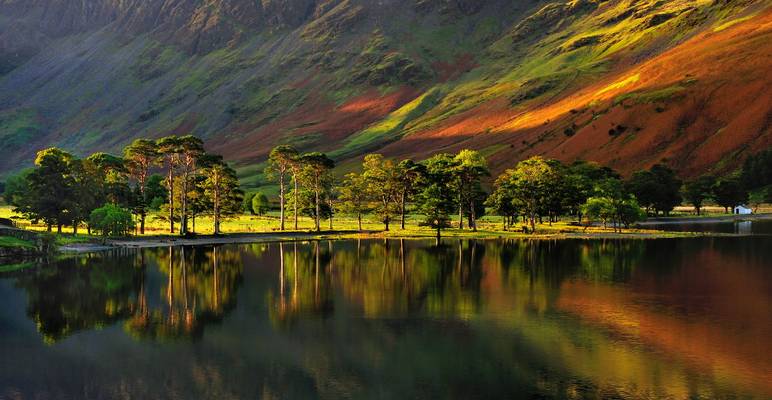 Explore #4 20/03/2017 ... many thanks to everyone for your interest, feedback, faves and comments, it's very much appreciated 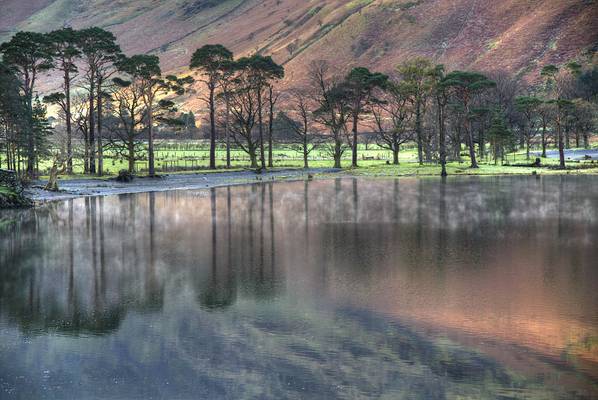 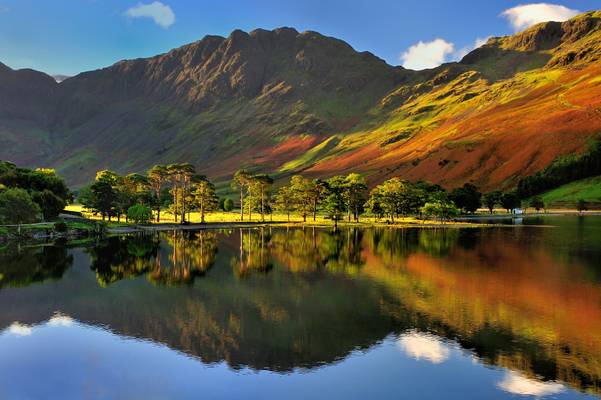