The famous Dancing House as seen diagonally across the crossroad right in front of the house.

Photo tips: Moderate wide angle lens capture the house and some foreground (about 24 mm). Neutral filter might be needed to blur the traffic during daylight, and tripod is certainly needed then.

Getting there: It's centrally located, easily accessible from nearby stations, e.g. Karlovo Náměstí Underground station (line B). 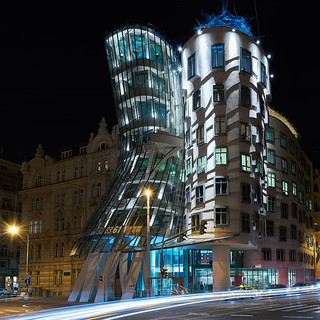 Dancing In The Dark 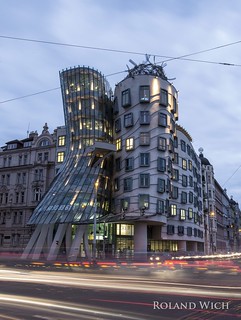 Deconstructivist building by Frank Gehry and Vlado Milunic in Prague. It is also called Fred and Ginger Building. _IFP9290_Lr 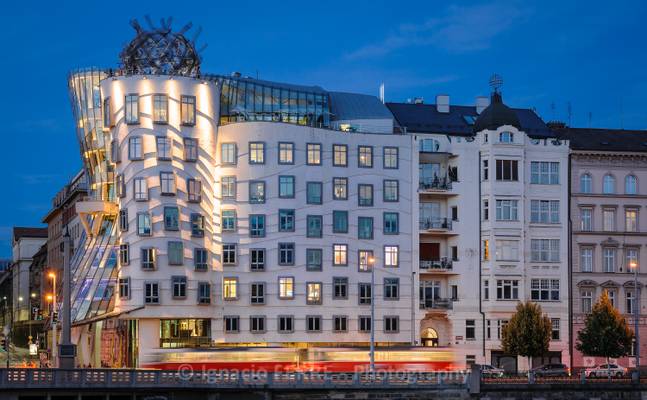 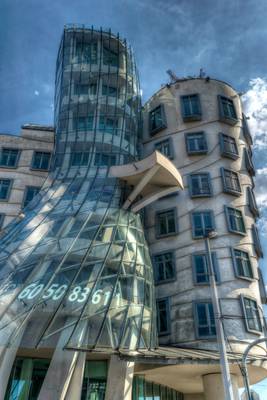 The Dancing House, or Fred and Ginger, is the nickname given to the Nationale-Nederlanden building on the Rašín Embankment in Prague, Czech Republic. It was designed by the Croatian-Czech architect Vlado Milunić in cooperation with Canadian-American architect Frank Gehry on a vacant riverfront plot. The building was designed in 1992 and completed in 1996. The very non-traditional design was controversial at the time because the house stands out among the Baroque, Gothic and Art Nouveau buildings for which Prague is famous, and in the opinion of some it does not accord well with these architectural styles. The then Czech president, Václav Havel, who lived for decades next to the site, had avidly supported this project, hoping that the building would become a center of cultural activity. Gehry originally named the house Fred and Ginger (after the famous dancers Fred Astaire and Ginger Rogers – the house resembles a pair of dancers) but this nickname is now rarely used; moreover, Gehry himself was later "afraid to import American Hollywood kitsch to Prague", and thus discarded his own idea. Information taken from Wikipedia 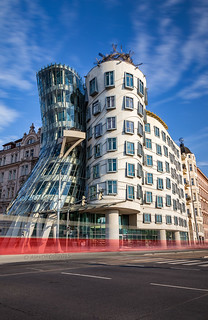 The Dancing House (Czech: Tančící dům), or Fred and Ginger, is the nickname given to the Nationale-Nederlanden building on the Rašín Embankment in... 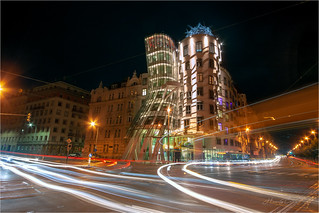 Location Parague Czeck Republic Thank you so much for your views, faves and comments ! 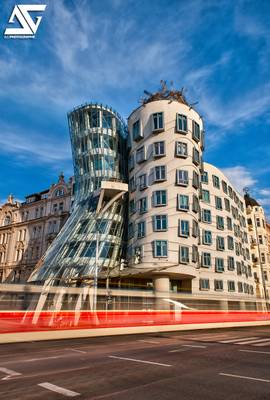 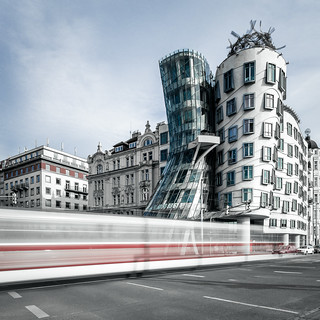 Come dance with me 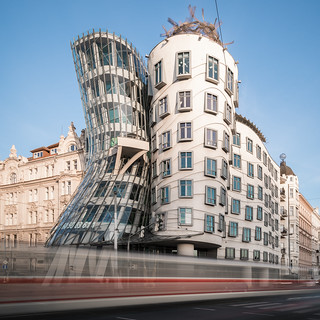 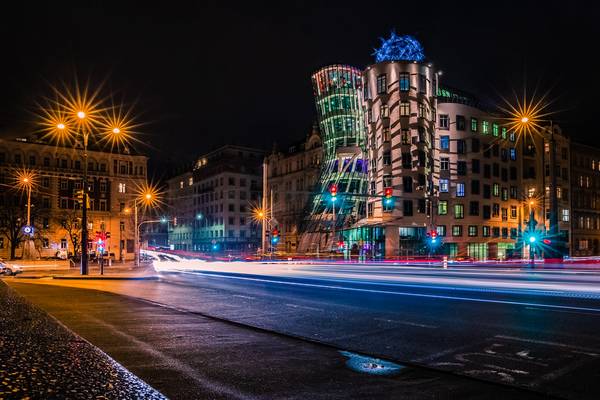 The Dancing House at night by Vagelis Pikoulas 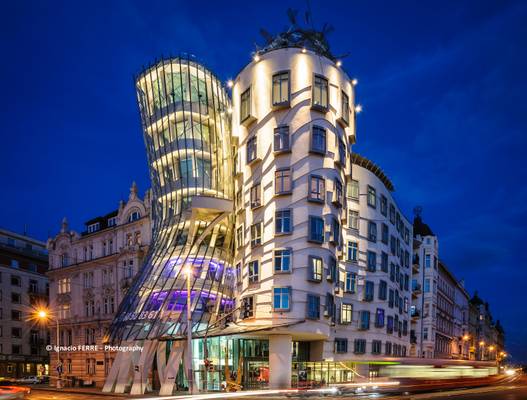 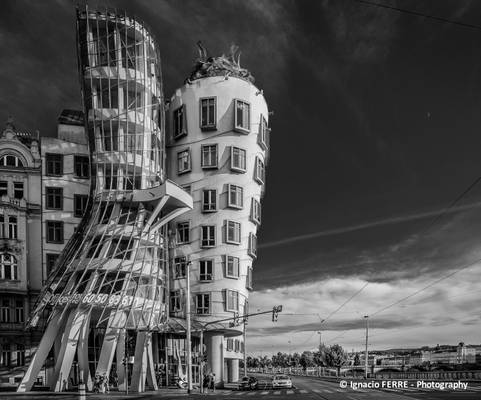 The "Dancing House" is a deconstructivist building designed by Frank Gehry and Vlado Milunic in Prague. It is also called Fred and Ginger Building. _IFP9241_Lr 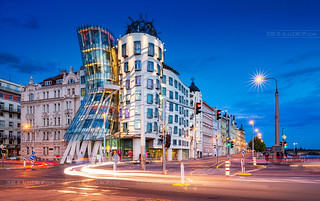 From "One day in Prague" series Pictures of 3 years old visit is here flic.kr/s/aHskqi9nD7 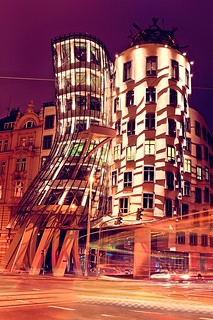 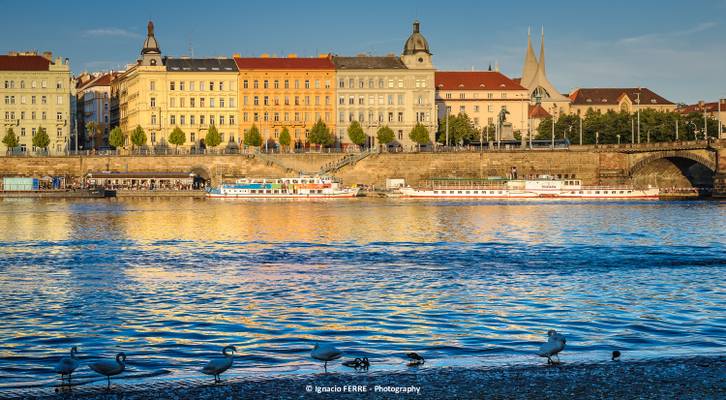 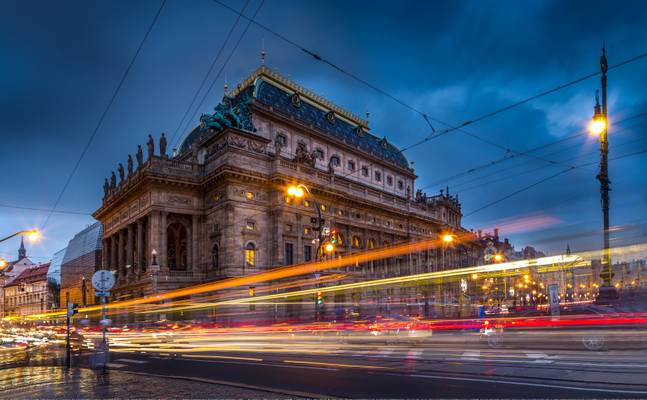 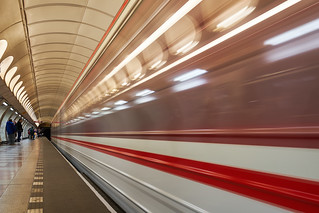