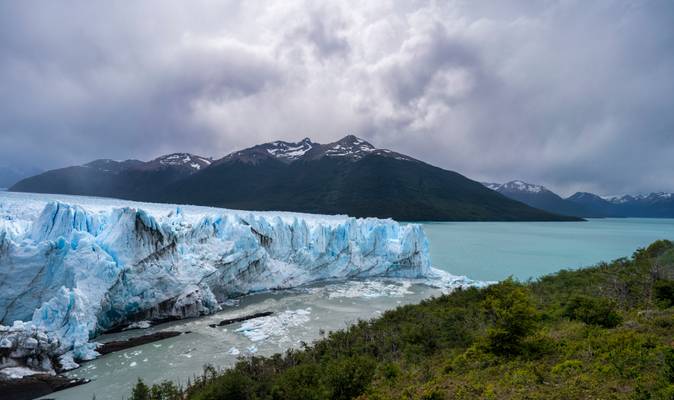 The glacier is located in the Los Glaciares National Park, Santa Cruz Province, Argentina. It is one of the most important tourist attractions in the Argentinian Patagonia.

The 250 km2 (97 sq mi) ice formation, 30 km (19 mi) in length, is one of 48 glaciers fed by the Southern Patagonian Ice Field located in the Andes system shared with Chile. This ice field is the world's third largest reserve of fresh water.

The Perito Moreno Glacier, located 78 kilometres (48 mi) from El Calafate, was named after the explorer Francisco Moreno, a pioneer who studied the region in the 19th century and played a major role in defending the territory of Argentina in the conflict surrounding the international border dispute with Chile

Despite that most of the innumerable glaciers worldwide are retreating as a result of global warming and climate change, one of the few unusual glaciers that maintains a state of equilibrium is the Perito Moreno glacier because it continues to accumulate mass at a rate similar to that of its loss.