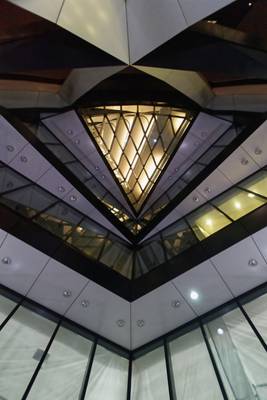 The Gherkin at night by jim stephenw 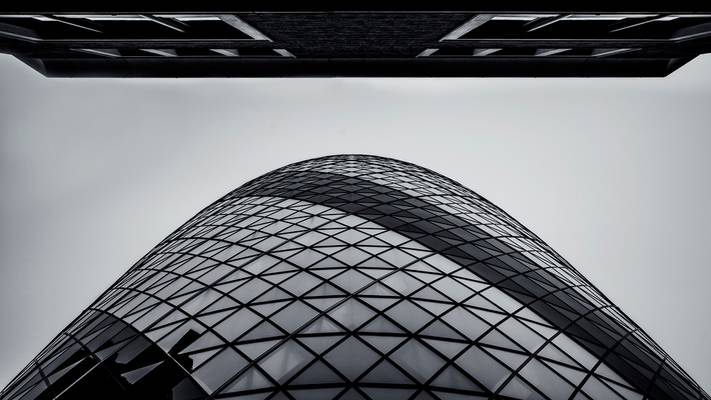 This is outside the Gherkin in London. It is a long exposure of around a minute to make the sky go smooth. 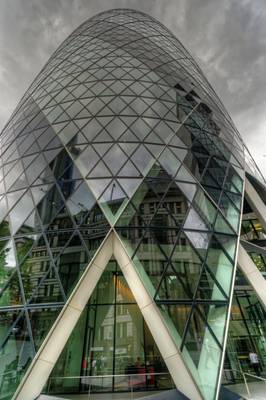 The Gherkin, City of London by jim stephenw

30 St Mary Axe (informally known as The Gherkin and previously as the Swiss Re Building) is a commercial skyscraper in London's primary financial district, the City of London. It was completed in December 2003 and opened in April 2004. With 41 storeys, it is 180 metres (591 ft) tall and stands on the former sites of the Baltic Exchange and Chamber of Shipping, which were extensively damaged in 1992 by the explosion of a bomb placed by the Provisional IRA in St Mary Axe, the street from which the tower takes its name. After plans to build the 92-storey Millennium Tower were dropped, 30 St Mary Axe was designed by Norman Foster and Arup Group and it was erected by Skanska, with construction commencing in 2001. The building has become a recognisable feature of London and is one of the city's most widely recognised examples of contemporary architecture.

HDR image made by tone-mapping 3 exposures taken at -2EV, 0EV and +2EV. 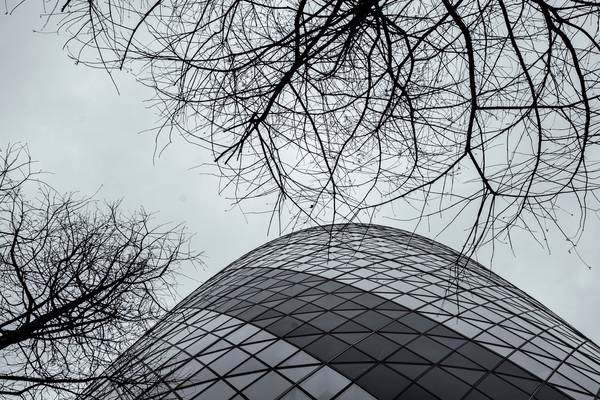 This is the Gherkin in London looking straight up. I like the way the building is against the bare trees. ...