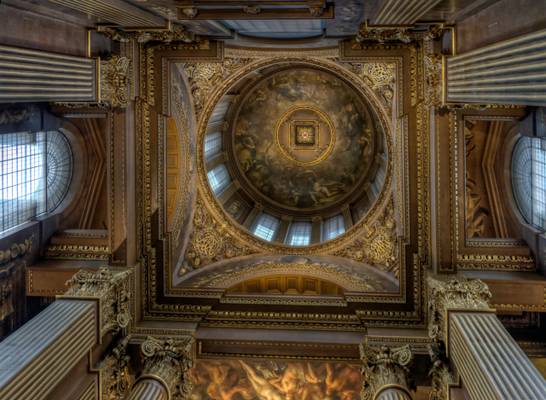 The Old Royal Naval College is the architectural centrepiece of Maritime Greenwich, a World Heritage Site in Greenwich, London. The buildings were originally constructed to serve as the Royal Hospital for Seamen at Greenwich, now generally known as Greenwich Hospital, which was designed by Christopher Wren, and built between 1696 and 1712. The hospital closed in 1869. Between 1873 and 1998 it was the Royal Naval College, Greenwich. The Painted Hall is one of the most spectacular and important baroque interiors in Europe. Its ceiling and wall decorations were conceived and executed by the British artist Sir James Thornhill between 1707 and 1726. The Painted Hall itself was originally intended as a grand dining room for the Naval pensioners, but it soon became a ceremonial space open to paying visitors and reserved for special functions. The Painted Hall reopened today (Saturday 23 March 2019) after a two year National Lottery Funded conservation project, which has brought its magnificent painted interior vividly back to life.

I went to the Painted Hall in Greenwich, London a few weeks back and took some shots of the ceiling and the inside of... 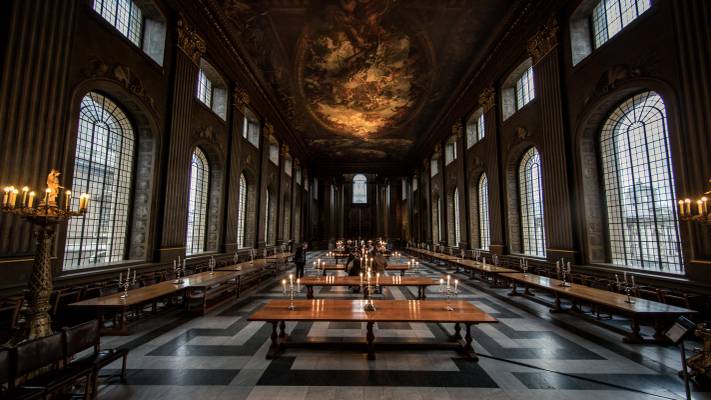 This was taken on my trip to the Greenwich Maritime Museum in London. It is the ceiling but the entrance to the...