Waipi‘o (or Waipio) Valley is named after the river that runs through the valley (wai-piʻo means curved water in the Hawaiian language) and is about one mile wide and six miles deep. Towards the back the valley splits into many ‘fingers’, each one with its own waterfall. The valley meets the ocean towards the north with a beautiful black sand beach that is cut in two by the river. 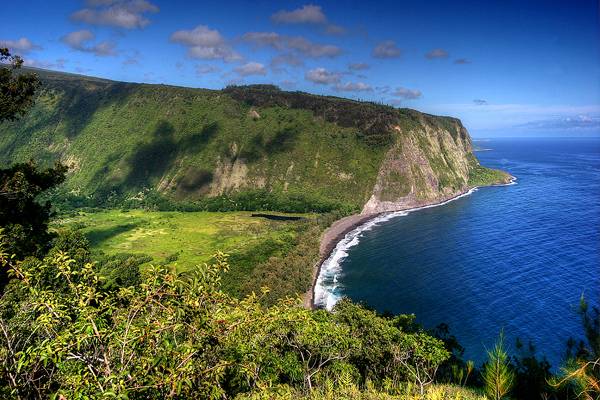 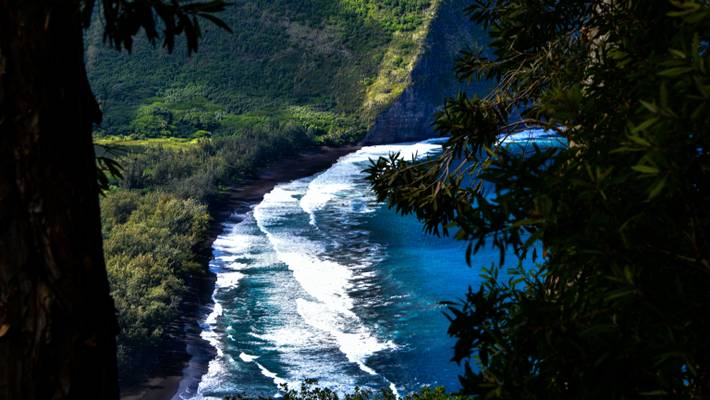