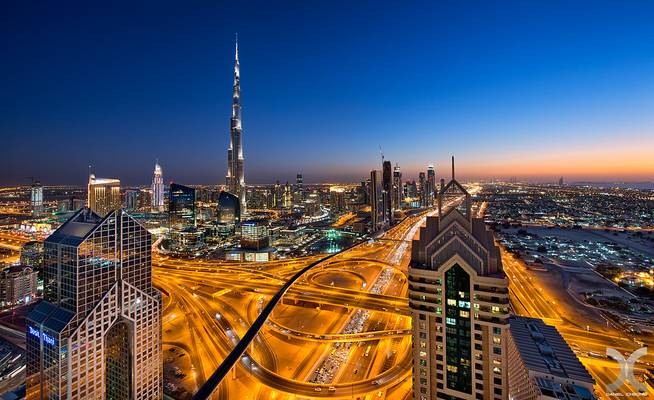 The Burj Khalifa is a skyscraper in Dubai, United Arab Emirates. With a total height of 829.8 m and a roof height of 828 m, the Burj Khalifa has been the tallest structure and building in the world since its topping out in 2009, supplanting Taipei 101, the previous holder of that status. (Wikipedia)

Today it's an iconic building of Dubai and target of many visiting photographers. Due to its prominence it can be photographed from many locations.

There's a plenty of photography opportunities right below the tower, very often including the Dubai Fountain Lake, which surrounds Burj Khalifa from the South. The fountain runs every 30 minutes in the evening and is worth the wait if you want to include it in your composition. Note though that it's usually surrounded by thousands of people. 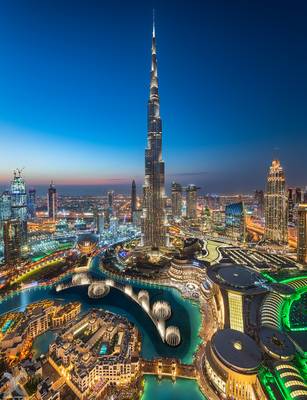 View from the Neos Bar of the Address Hotel

There are also other interesting foregrounds available, particularly with Instagrammers popular Wings of Mexico at Burj Plaza or the Dandelion light sculpture nearby.

Alternatively you can choose one of the many rooftop terraces around as your vantage point. This way you can better appreciate how tall Burj Khalifa is compared to the other buildings around (and they are pretty tall too!). Possibly the most popular is the Shangri La Hotel terrace because it overviews also a huge crossroad of the main Sheikh Zayed Road, which forms a very interesting cityscape foreground. Due to its popularity, you have to pay for the entrance if you plan to photograph from the terrace.

Note that you'll need a very wide lens if you want to capture the whole Burj Khalifa, since these viewpoints are close to this tallest building in the World.

...or along the Dubai Canal 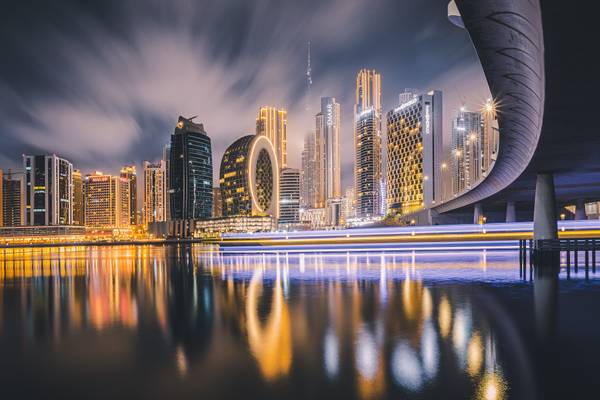 From below the Marasi Dr Bridge

Walk along the Dubai Canal offers many viewpoints where Burj Khalifa more or less dominates the cityscape. It's often more interesting to include the Dubai Canal by photographing from the Southern side.

All the bridges can be helpful, either as a vantage point, or as a part of the composition. Definitely worth mentioning is the Tolerance Bridge and the spot right below the Marasi Dr Bridge. Even though Burj Khalifa is slowly getting obscured from here by the rapid development in the area.

Part of the Dubai Skyline

Burj Khalifa also looks great as a part of the Dubai Skyline, where it dwarves other skyscrapers. There are various spots around the city, but probably the best one is in the Dubai Creek Harbour. Other such spots could be found around the coast, for example from Daria Island or even from bigger distance of Palm Jumeirah Island.

View from the Dubai Creek Harbour

View from the Burj Khalifa

To be honest, I prefer all the viewpoints around, since Burj Khalifa can be part of the photograph then. That said, it is still worth it to visit the Observatory decks if you have time and don't mind paying rather steep entrance fees (price depends, the most expensive are sunsets). 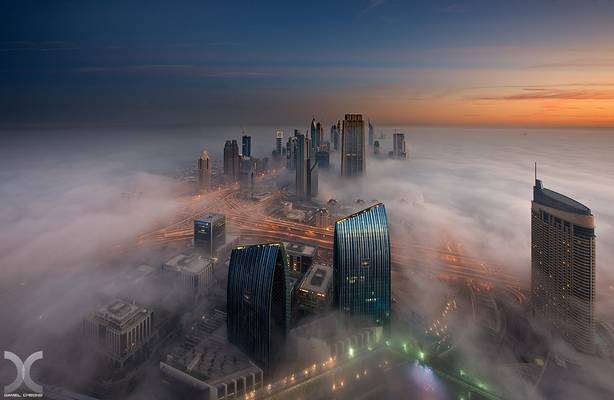 View from the Burj Khalifa

Photography there can be a little tricky as the place is very popular and you'll most likely be surrounded by lots of people. Tripods aren't forbidden (yet?), but you'll probably have hard time to use one given the crowds and somewhat complicated camera arrangement to view through the small open areas between the glass and railings.

Possibly the best time is before sunrise, as if you get there early enough, you can be there before the crowds, witness yet artificially illuminated city and with some luck get even a low lying fog (usually between November and March). As a bonus, sunrise tickets tend to be somewhat cheaper... ;-)

In the night, Burj Khalifa is periodically illuminated by different patterns. It might be worth staying at your location with a composition of your choice and wait for some laser show, which may add an interesting element to your photograph.

And the most important - enjoy your stay and the marvel of Dubai architecture! 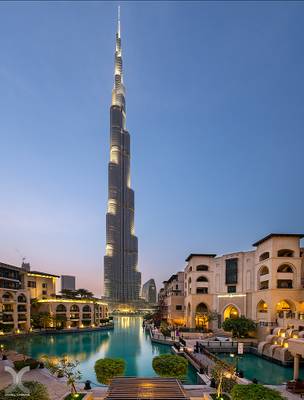 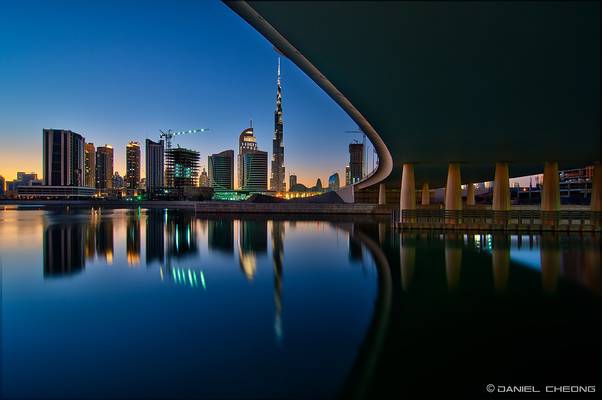 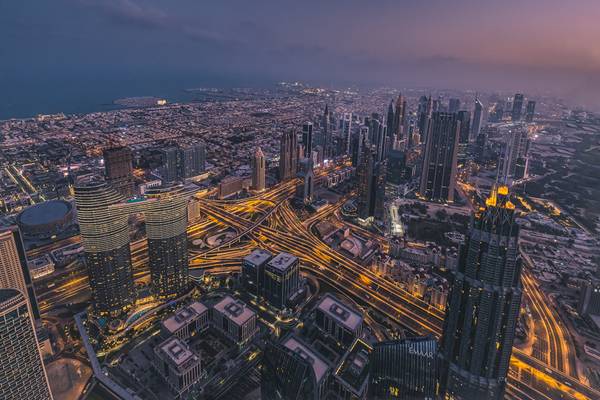