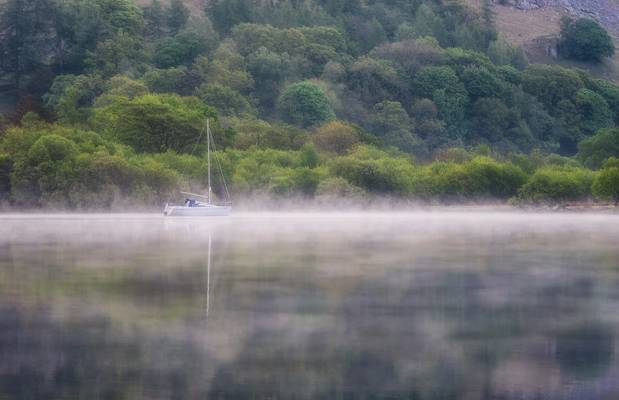 Drifting in the mist by Pete Rowbottom

I'd spotted this boat earlier this morning on the way to photograph sunrise further up the lake, I could only hope that the low mist would still be around by the time I got back here, as it happens it was as although the sun had risen it had yet to clear the top of the mountainsides here.

Myself and Mike (Muddyboots) - www.flickr.com/photos/muddybootsuk spent a short while here shooting, this one being my favourite from here.

You can imagine just how peaceful the scene was here, you could literally hear a pin drop, the odd bird making a noise but literally complete silence, that was until there was a strange screeching sound further down the lakes followed by what sounded like an enourmous explosion, almost jumped out of my skin!! we both looked at each other to say what on earth was that!! no sign of anything at all, the noise stopped and that was that....

about 20 minutes later we were driving towards Brothers Water and we came to Glenridding village, on the outskirts was a completely smashed to bits car wrapped around the metal fencing on a bend with a guy stood on the roadside with somebody else with him, that will be that then!!

We later learned (from the guy that was with him) that he said he had 'swerved to avoid something', I had a 'bit' (lot) of doubt about this bearing in mind the noise we heard, it was a 30mph road, and the absolute state of his car told another story...

Guess he won't be doing that again in a hurry ! 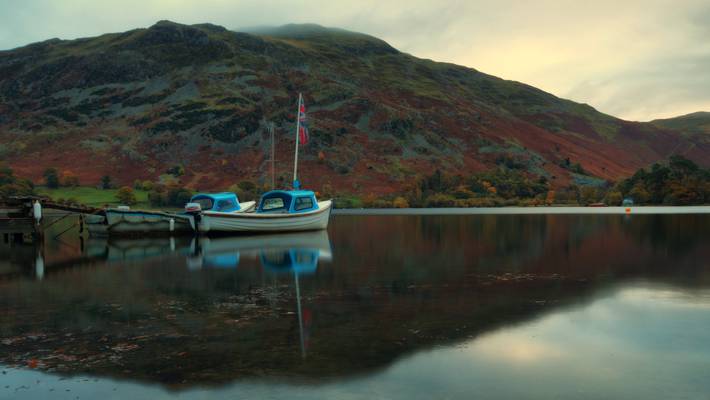