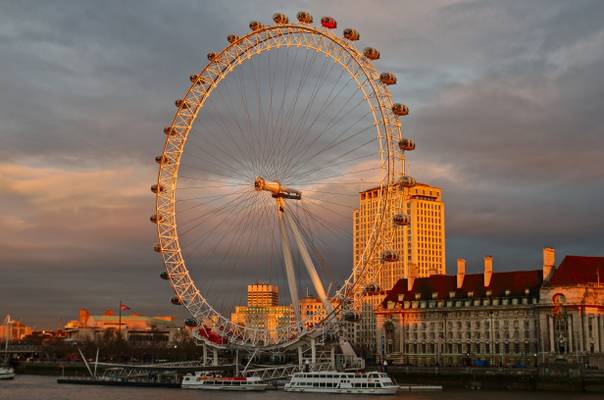 The London Eye by Michael Kight

When we visited the United Kingdom last year, we had developed an itinerary based on catching up with friends in Northern Ireland and Ireland. We planned for sightseeing the first four days in London once arriving at Heathrow, mainly to acclimate our body clocks to a five-hour time difference, but also to take advantage of the London Passes. We had a little problem, though… our connector flight from Raleigh/Durham to Kennedy International was late due to thunderstorms in New York. Once it got here, storms in this area grounded it for the remainder of the day. We wound up having to drive from RDU to Kennedy or lose two days before catching the flight over. As it was, our London Passes were rendered useless for this trip… but they were good for a year. So, we returned this year to make use of them.

We decided this year to focus on England and spend four days in London attending sites of our choosing… this image of the London Eye was just icing on the cake after a day of touring Greenwich. We had just come off a London Water Bus on the Thames to the Westminster Millenium Pier near Parliament. It was dusk when we arrived, but after being on foot for over 8-miles that day, we just waited for darkness to fall to get a good long exposure of Jubilee Gardens to smooth out the Thames for some good reflections.

The London Eye opened the 31st of December in 1999. At the time, it was the tallest Ferris wheel at 446 feet. Sir Richard Rogers, the winner of the 2007 Pritzker Architecture Prize, wrote of the London Eye in a book about the project:

"The Eye has done for London what the Eiffel Tower did for Paris, which is to give it a symbol and to let people climb above the city and look back down on it. Not just specialists or rich people, but everybody. That's the beauty of it: it is public and accessible, and it is in a great position at the heart of London."

This is a picture which I took handheld of the London Eye. I liked how the colours of the building makes the shot. 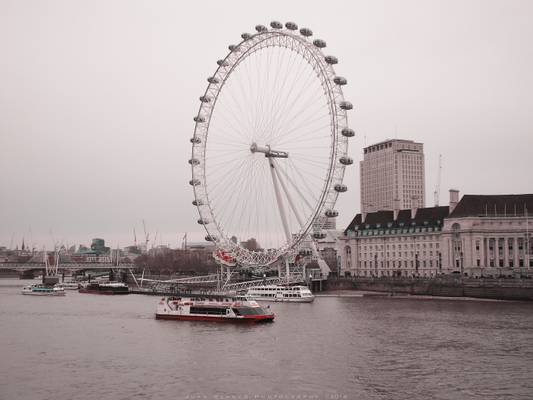 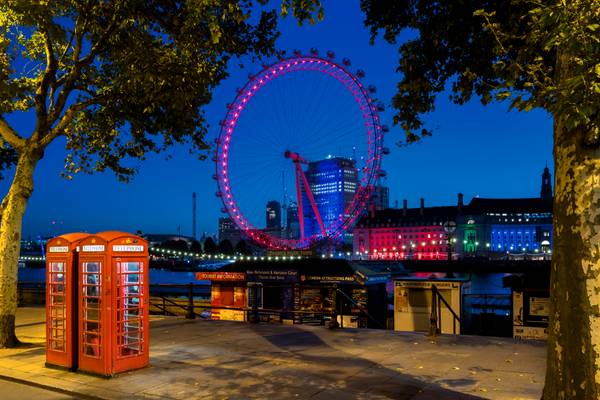 The view towards the London eye at first light with the two iconic phone boxes by the river. I...