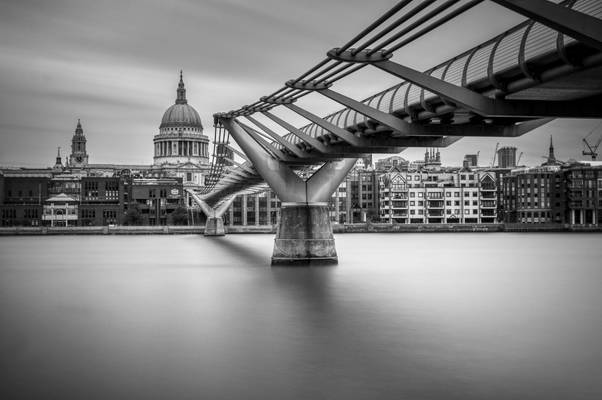 The Millennium Bridge, officially known as the London Millennium Footbridge, is a steel suspension bridge for pedestrians crossing the River Thames in London, England, linking Bankside with the City of London. It is located between Southwark Bridge and Blackfriars Railway Bridge. It is owned and maintained by Bridge House Estates, a charitable trust overseen by the City of London Corporation. Construction began in 1998, and it initially opened in June 2000.

Saint Paul's Cathedral from underneath Millennium Bridge by jim stephenw

St Paul's Cathedral, London, is an Anglican cathedral, the seat of the Bishop of London and the mother church of the Diocese of London. It sits on Ludgate Hill at the highest point of the City of London. Its dedication to Paul the Apostle dates back to the original church on this site, founded in AD 604. The present church, dating from the late 17th century, was designed in the English Baroque style by Sir Christopher Wren. Its construction, completed in Wren's lifetime, was part of a major rebuilding programme in the City after the Great Fire of London. The cathedral is one of the most famous and most recognisable sights of London. Its dome, framed by the spires of Wren's City churches, dominated the skyline for 300 years. At 365 feet (111 m) high, it was the tallest building in London from 1710 to 1967. The dome is among the highest in the world. St Paul's is the second largest church building in area in the United Kingdom after Liverpool Cathedral. 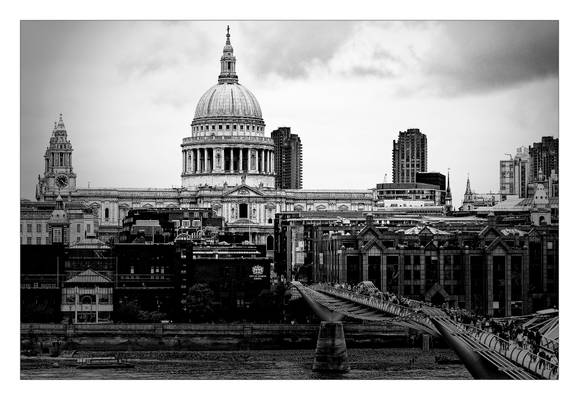 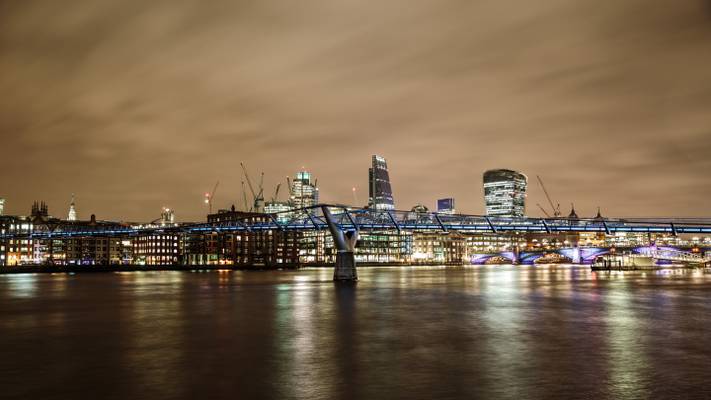 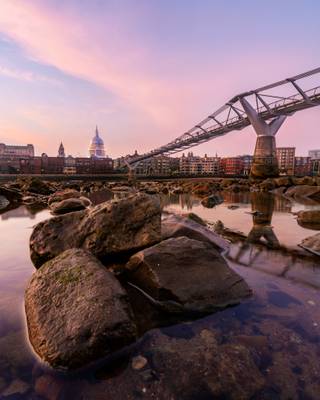 A view at low tide of St Paul's ove the river with some interesting rocks in the foreground to... 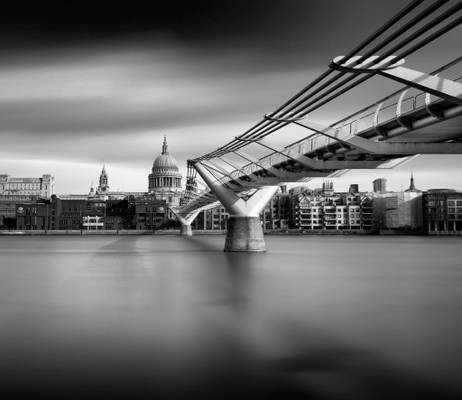 On a cold and windy Sunday morning with sun coming every so often in between the clouds. 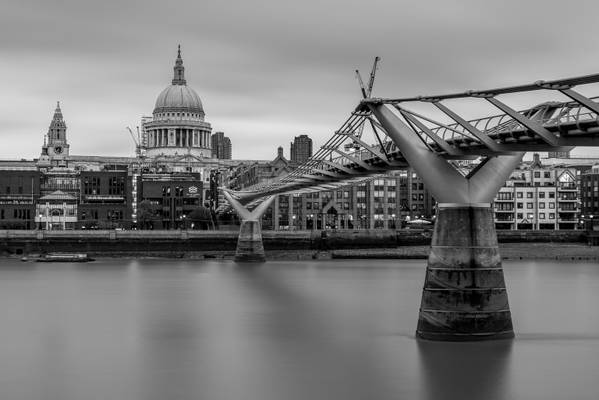 While I was waiting for the sun to set I took some long exposure shots around St. Paul's Cathedral and the Millennium Bridge using a 10-stop filter. 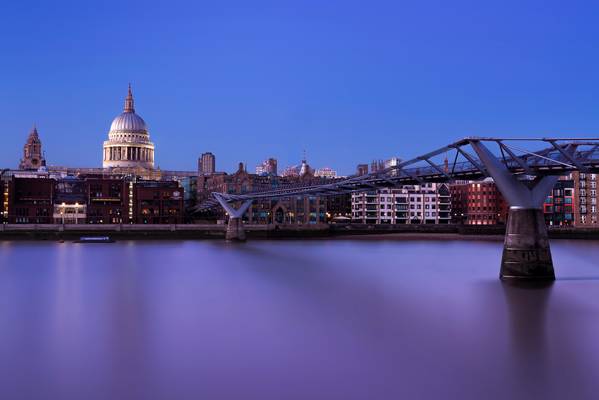 The Bridge To Pauls

A long exposure of the Millennium Bridge and St Paul's on a clear evening. These sort of shots... 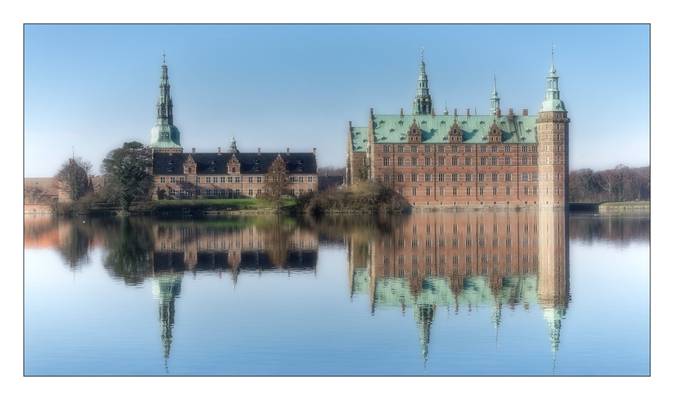 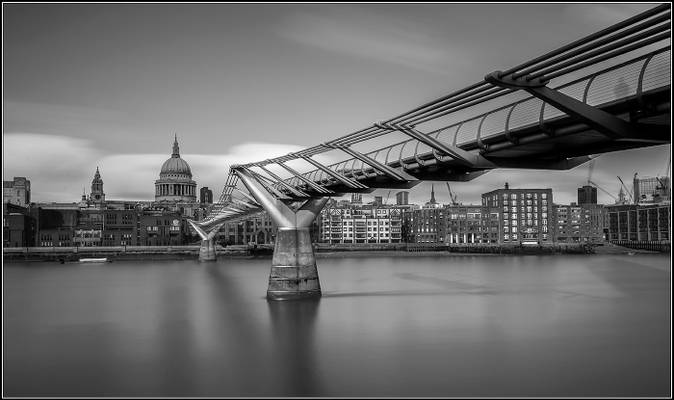 Millenium Bridge, leading to St Pauls Cathedral.The weather had turned now and this was the last of the long exposures, 80 seconds with this one, would have dropped significantly after this as the sun appeared from nowhere ruining the chances for the day, was happy with what I got from the morning through to here so I can't complain, some excellent light, just a bit more than what I wanted on this occasion, it lit the bridge up nicely for this last one though...

View my most interesting shots on Flickriver here: www.flickriver.com/photos/pete37038/popular-interesting/. 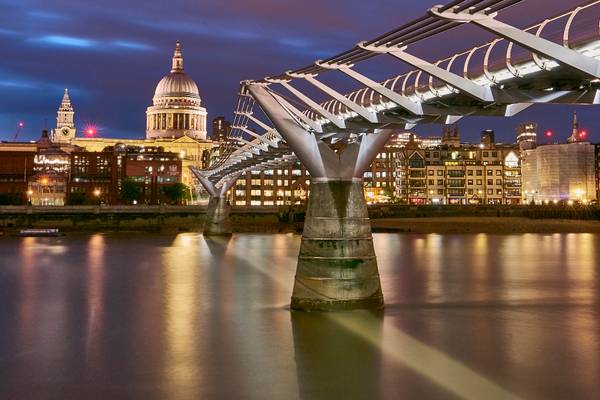 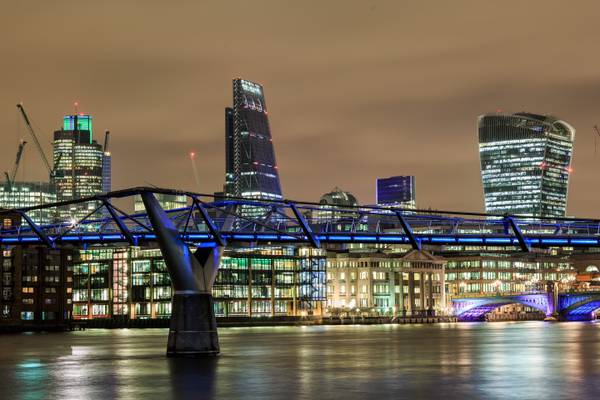 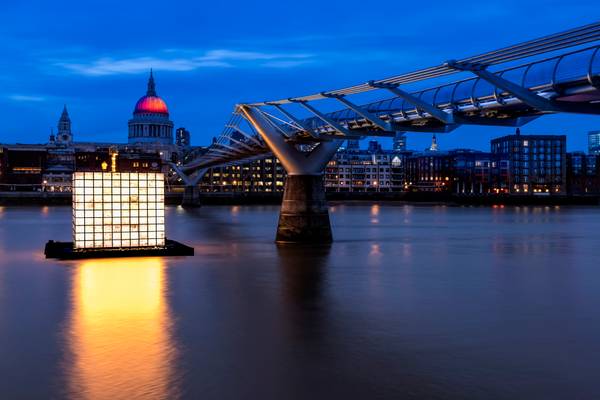 This was taken on the weekend that London remembered the great fire which was 350... 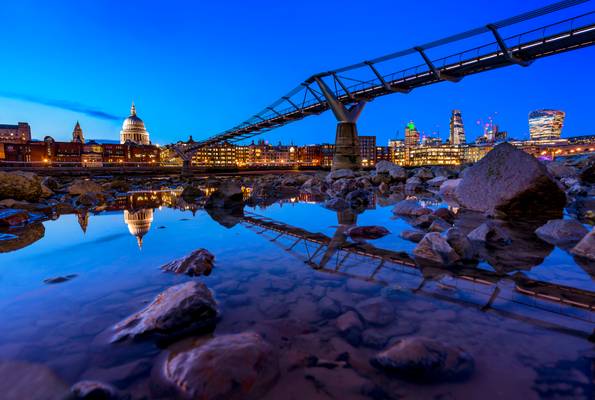 The view from down on the river bank at low tide. I found an amazing puddle which reflected... 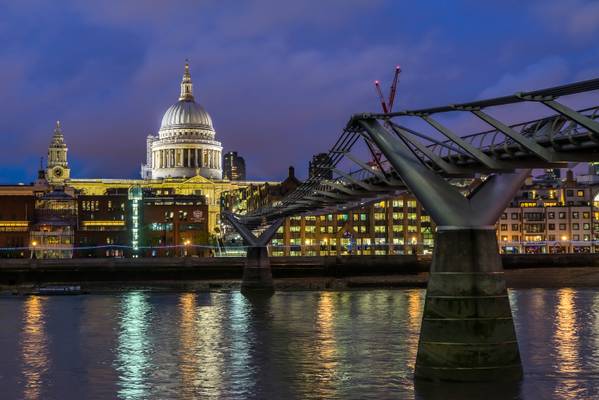 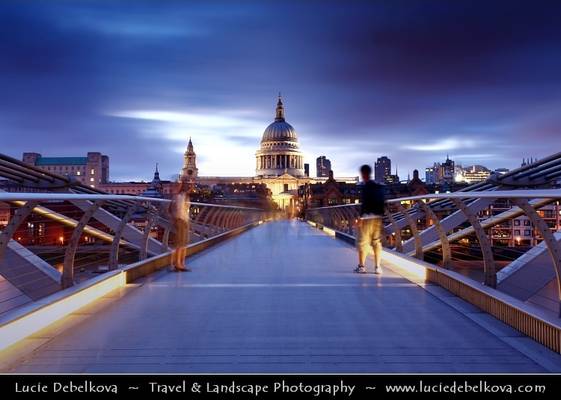 UK - England - London - Dusk at St. Paul's Cathedral and the Millennium bridge over the river Thames