On the Tower Bridge (North) 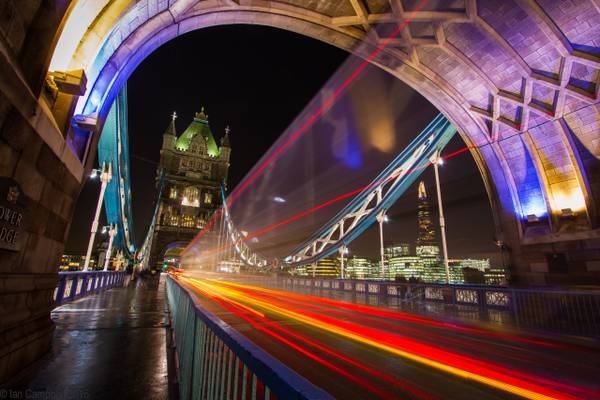 Traffic trails on Tower Bridge, London. Image at dusk around 9pm in the evening. 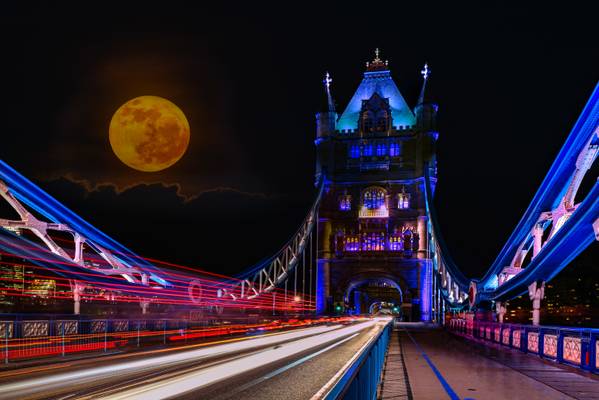 Tower Bridge is a combined bascule and suspension bridge in London, built between 1886 and 1894, designed by Horace Jones and engineered by John Wolfe Barry.

The bridge crosses the River Thames close to the Tower of London and is one of five London bridges owned and maintained by the Bridge House Estates, a charitable trust founded in 1282.

The bridge was constructed to give better access to the East End of London, which had expanded its commercial potential in the 19th century. The bridge was opened by Edward, Prince of Wales and Alexandra, Princess of Wales in 1894.

The bridge is 800 feet (240 m) in length and consists of two 213-foot (65 m) bridge towers connected at the upper level by two horizontal walkways, and a central pair of bascules that can open to allow shipping.

Originally hydraulically powered, the operating mechanism was converted to an electro-hydraulic system in 1972.

The bridge deck is freely accessible to both vehicles and pedestrians, whereas the bridge's twin towers, high-level walkways and Victorian engine rooms form part of the Tower Bridge Exhibition. 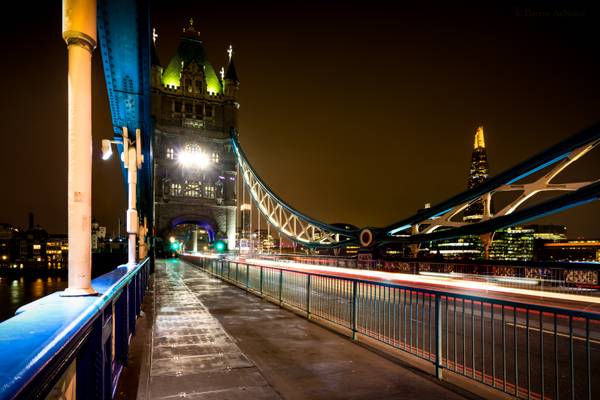 A slightly more unusual view of London's iconic bridge completed in 1894: A view of the North Tower and huge suspension chains and hangars with The... 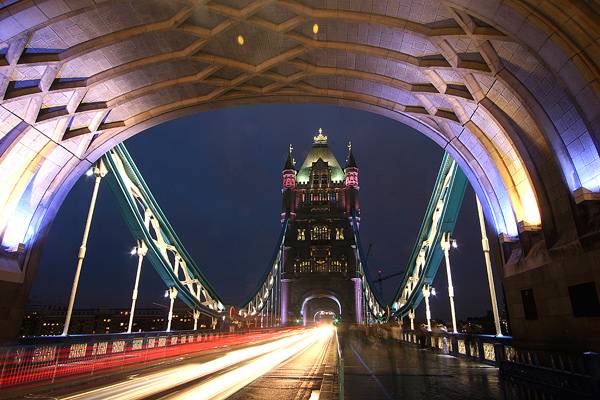 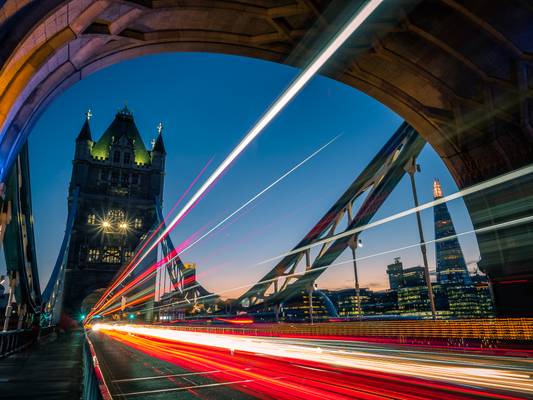 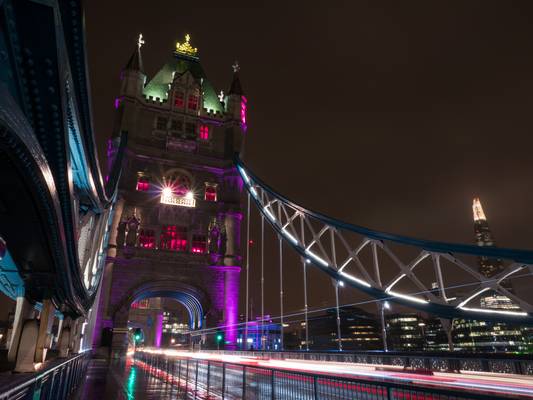 Tower Bridge and The Shard by Di_Chap 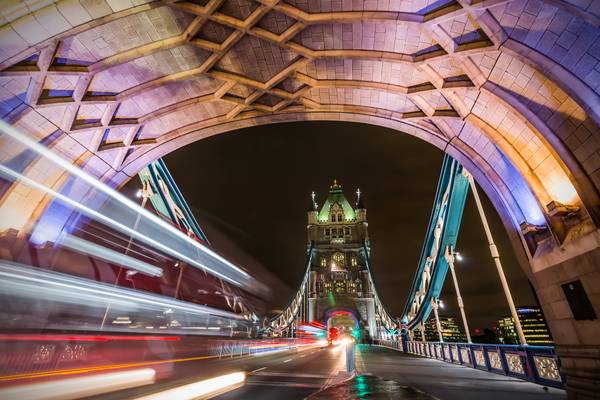 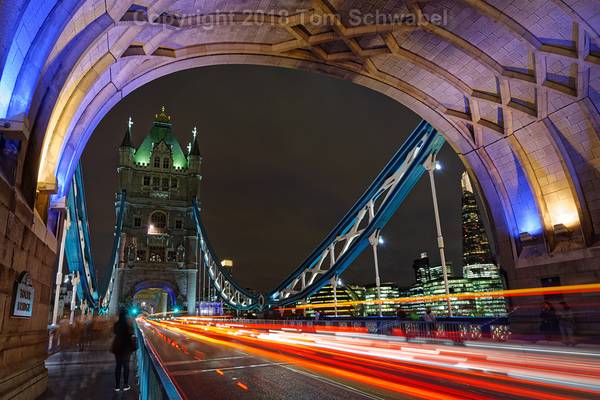 **This is a copyrighted image with all rights reserved. Please don't use this image on... 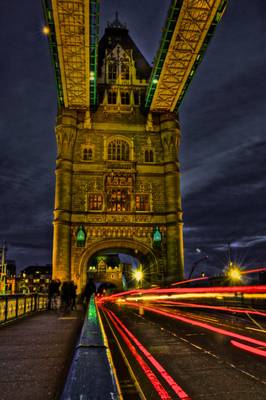